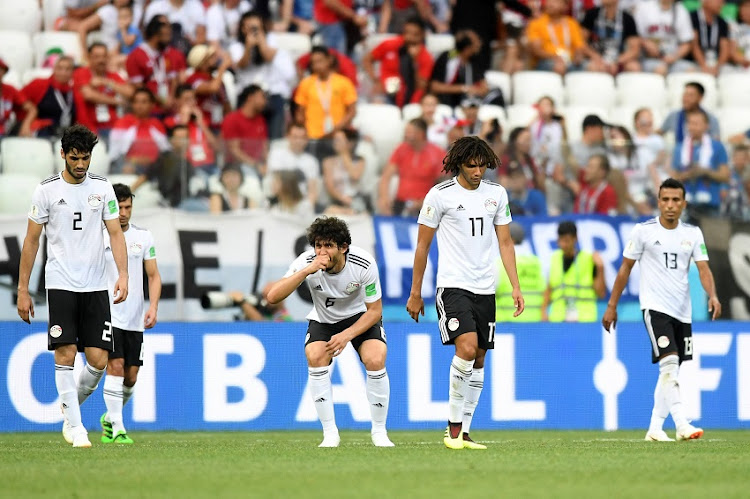 The weekend will see the start of the Last 16 matches at the World Cup when the format switches to knockout and it is do or die for the remaining teams.

Today we have news from Egypt‚ Mexico‚ Germany and Spain in our SowetanLIVE World Cup diary.

Egypt’s football association president Hany Abo Rida had admitted that fasting before the World Cup had been a big factor in the poor performance of the side.

Although he did not say it‚ Ramadan could also have had a significant effect on the teams of Morocco and Tunisia‚ who have also made an early exit in the first round.

"It affected us badly‚ I talked with them before the World Cup but they refused [to break their fast]‚” Abo Rida told reporters.

"We ended Ramadan one day before [their opening match against] Uruguay but the fasting affected them."

Abo Rida added that he would like to replace outgoing coach Hector Cuper with Morocco’s Herve Renard‚ but can do nothing while the latter is under contract.

"I know he is under contract with Morocco‚ so we will not talk about him‚ but if he ended his contract or become free sure I would start negotiations with him to lead Pharaohs."

Wednesday proved a bittersweet night for Mexico as their passage to the Last 16 of the World Cup was sealed despite a 3-0 humbling at the hands of Sweden.

The defeat means they finish second in their pool and must now face Brazil in the second round‚ rather than what would have surely been a simpler task against Switzerland.

Mexico only advanced after Germany’s shock 2-0 loss to South Korea‚ or they would have been heading home.

The side copped quite a bit of criticism in the aftermath of the loss to Sweden‚ but midfielder Rafael Marquez‚ a stalwart of the side who played in the opening game of the 2010 World Cup against Bafana Bafana‚ hit back on his Instagram account.

"Those mediocre people who have never achieved anything in life will say that it's a miracle that we got through‚ but what we have achieved is important‚" he said.

"The first mission has been accomplished and now we have to work hard and continue improving for the next one."

At least the Mexican fans were not feeling as bad as their German counterparts after the lackluster tournament came to a limp end with a first round exit.

They are the fourth defending champions in the last five World Cup finals to exit in the first stage‚ and while for many it was a great surprise‚ their form suggests otherwise.

Since they qualified for the World Cup‚ Germany have won just two of their last nine internationals.

One of those was a slender 2-1 home victory over Saudi Arabia in their fin al warm-up fixture‚ and the other was their second pool match in Russia when they came to life in the second half to beat Sweden by the same scoreline.

They have lost four of their last six games‚ including defeats to Austria‚ Mexico and South Korea‚ hardly the form of a side likely to lift the World Cup.

Many German fans seemed to agree‚ expressing the fact that the side deserved no more than what they got.

"Today we played really‚ really badly so therefore we didn't deserve to make it to the next round. It seemed the players came onto the pitch looking tired‚ mentally‚ physically‚" German fan Jorg Roth told Reuters TV.

"There was nothing and therefore if we don't deserve it‚ we shouldn't make it to the next round."

Spain may have come into the World Cup finalists in disarray with the sacking of coach Julen Lopetegui just days before the start of the competition after he was announced as the new Real Madrid boss‚ but having topped a difficult pool and playing some fantastic football‚ can look to the knockout stages with confidence.

Spain will take on Russia in their Last 16 clash‚ a very winnable game‚ and then meet the victor between Croatia and Denmark. That will be tougher‚ but victory would see them suddenly in the semifinals.

Fernando Hierro was the man tasked with leading the side after Lopetegui’s axing and many have questioned his credentials‚ though defender Dani Carvajal has jumped to the defence of the former national team star.

"In the end we are the ones who see him every day and we believe he is qualified to lead the national team. He is a great coach and we'll stand by him until death‚" he said.

“We've received a lot of criticism‚ but what counts is that we haven't lost a game for two years and we won our group. Few teams have done that.”

They left it until their last game‚ but Kendall Waston’s strike for Costa Rica against Switzerland on Wednesday ensured that every single one of the 32 teams at this year’s World Cup scored a goal.

It happened in 2014 as well‚ but not in South Africa in 2010 when Algeria and Honduras went home without finding the back of the net.