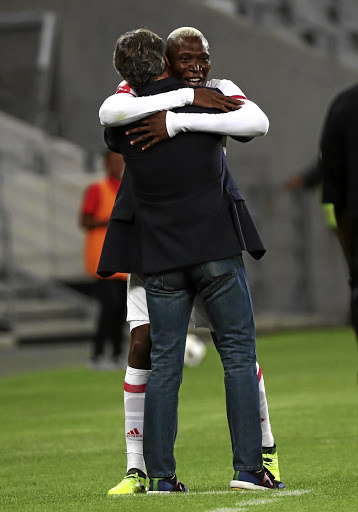 Ajax Cape Town coach Muhsin Ertugral feels it was in the best interest of the club to part ways with striker Tendai Ndoro.

The Zimbabwean marksman was released by the Mother City club after tumultuous six months where he was embroiled in an eligibility saga.

Ndoro and Ajax contravened Fifa rules after the player featured for three different teams in a single season. The Urban Warriors were found guilty of this breach and docked points which resulted in their relegation to the National First Division (NFD).

"I think it was best for him to start over at a new club and get his life back in order again," Ertugral told Sowetan just after landing in the country from holidays in Europe.

"I spoke with him a few weeks ago and he was a bit down as you can imagine. I also felt that there are some personal off-the-field issues that he needs to deal with.

"It was unfortunate that the whole thing of ineligibility happened. You have to understand that it affected him a lot and he was not stable."

The Turkish-born tactician insists that not renewing the contract of the 33-year-old attacker had nothing to do with his ability as a footballer.

"Tendai still has a couple of years left in him to play at a high level. It was just that the whole thing took its toll on him. During training in the last games you could see that his concentration was not all together there." said Ertugral.

Ajax are awaiting judgement on their appeal to have the decision to have them docked points by arbitrator Advocate William Mokhari reversed.

Judge Denise Fischer reserved her judgment last week on the case before the South Gauteng High Court, and a decision is expected soon.

Despite the instability, Ertugral aims to stick with Ajax even if it means playing in the lower division.

"I am fully committed to the club and the young boys we have. When I came in I knew it was not going to be easy."