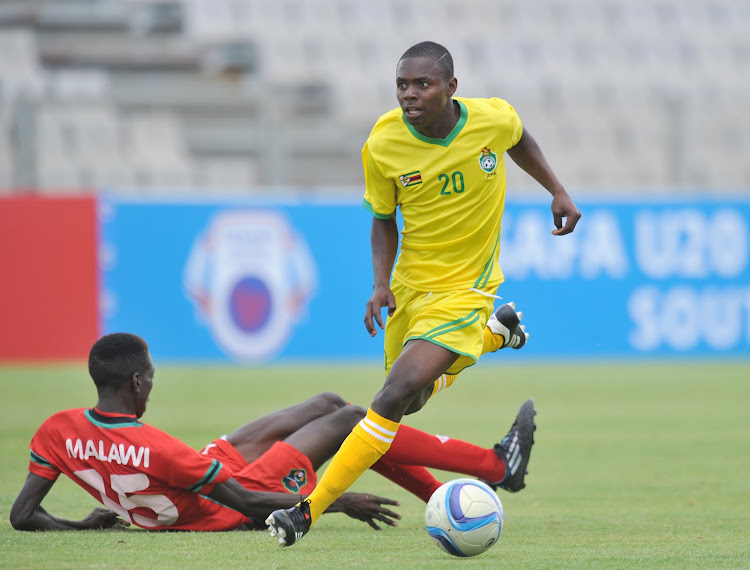 Ajax Cape Town are assessing Zimbabwe forward Clive Rupiya‚ a player described as the ‘new Khama Billiat’ as they begin their rebuilding job for the new season.

The 19-year-old‚ who plays for Bulawayo City in his homeland‚ has already spent time at Ikamva this month and is due to return when the club resumes training after another short break in the coming days.

“The trials were OK but we didn’t do much.

"The coach [Muhsin Ertugral] managed to assess what he wanted and I feel my chances of getting a contract are high‚” he told reporters.

Muhsin Ertugral feels it was in the best interest of the club to part ways with striker Tendai Ndoro.
Sport
4 years ago

The players’ manager Calvin Nyazema said the youngster would be keen on the move‚ even if it meant playing National First Division football next season.

“Mushin is a good but tough coach‚ asking him to come back is a good sign. The coach liked what he saw initially‚ so he wants more time with the boy‚” he told the Herald.

“The Ajax concept‚ set-up and the coach haven’t changed and I believe they will be fighting to come right back up. It would be nice for him to be a part of that fight. Look at Highlands Park.”

Mandla Mpofu‚ a former Bulawayo City coach and assistant with the national team‚ said recently he believes the player has the potential to be as good as Billiat.

“I have to compare him with Khama Billiat because he has the potential to reach that level and even do better‚” Mpofu said.

Ajax Cape Town have confirmed they have opted not to renew the contract of striker Tendai Ndoro‚ compounding the costly mistake for the club in ...
Sport
4 years ago

“He is a complete package. He can play with both legs‚ he is very good in the air and is technically gifted. I’m sure this boy will go far if he can keep his head down.”

Ajax have recently parted ways with two other Zimbabweans on their books‚ striker Tendai Ndoro and midfielder Gerald Takwara.

A late goal by Marcos Rojo gave Argentina a dramatic 2-1 victory over Nigeria in Group D on Tuesday and sent the twice champions through to the ...
Sport
4 years ago
Next Article