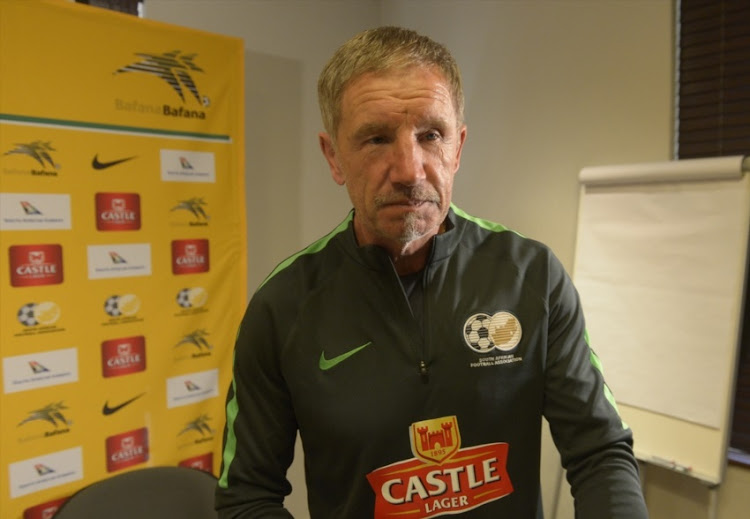 The South African Football Association (Safa) and Kaizer Chiefs are working on an intricate plan that could see beleaguered Bafana Bafana coach Stuart Baxter move to the Naturena club in the coming days.

Well-placed insiders told SowetanLIVE on Tuesday that negotiations are centered on Baxter resigning from his post as coach of the senior national team and returning to Chiefs where he is expected to replace Steve Komphela.

Baxter’s contract with Safa runs until the end of the 2022 World Cup in Qatar but officials do not want to fire him as such a move would lead to a breach of contract and force the sport's mother body to pay a huge financial settlement to the Briton.

If a deal is concluded between Chiefs supremo Kaizer Motaung‚ who is personally handling the negotiations‚ and Safa president Danny Jordaan‚ Baxter's contract would be terminated by mutual agreement.

A member of the Safa council‚ formerly known as the national executive committee‚ said on Tuesday afternoon they lost faith in Baxter after Bafana were embarrassed by Madagascar in the recent Cosafa Cup in Polokwane where the South Africans bombed out after their opening match.

Baxter's blushes were spared when a limping Bafana manage to win the largely insignificant Plate final a few days later.

Safa technical committee head Jack Maluleka would not be drawn to comment on Baxter and his team's performance in the Cosafa Cup but said they would discuss the issue when the national team coach presents his report.

“We have not decided on the date for the meeting with Baxter where he is going to present his report to the technical committee‚ but it is going to be soon‚" he said.

"We want to have this meeting as soon as possible so that we can focus on other programmes. Most of the things will be discussed with him at that meeting.”

Chiefs football manager Bobby Motaung conceded this week that Baxter met the criteria of the coach they are looking for.

AmaKhosi are likely to announce their new coach next week.

If Safa part ways with Baxter as expected‚ Iran coach Carlos Queiroz would emerge as the early favourite to take over the job.

Pre-season has already started at Naturena.