Keagan Buchanan takes pride in his time at Chiefs 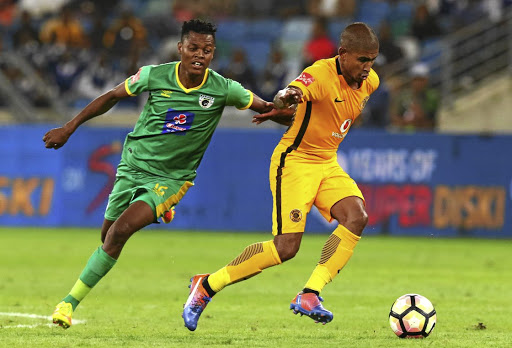 Former Kaizer Chiefs midfielder Keagan Buchanan, right, is on the lookout for a new club for next season.
Image: Anesh Debiky/Gallo Images

Ten appearances in two seasons for Kaizer Chiefs and yet midfielder Keagan Buchanan is still holding his head high.

Buchanan, 27, is one of five players that have been deemed surplus to requirements by Chiefs, the others being William Twala, Tsepo Masilela, Edmore Chirambadare and Sibusiso Khumalo.

Sowetan understands that a move to Maritzburg United is one of his options, but the Athlone-born lad was reluctant to disclose anything.

Buchanan, however, made assurances that he's in a good space and would give full value to his next employers in the new season.

"I would have liked for things to turn out differently [at Chiefs], but it didn't and like I said, there is no use crying over it. Life goes on," he told Sowetan yesterday.

"I can't focus on what went wrong. I will always love Chiefs and the club will always have a special place in my heart. I'm focused on where I'm going and what I can offer.

"When I look [at the statistics], I know if I had more opportunities I could have given way more," he continued.

"Most make excuses and say, 'yeah, if only'. It's all well and good to say that, but for me the good thing is that I've been getting a good reaction from the [Chiefs] supporters. It gives me confidence knowing that they know what I could have done given an opportunity.

"Sometimes when you leave a team, you doubt your ability, but I don't.

"I know what I can do and I know if I had been given a chance, things could have been different," he said.

Buchanan will reveal his next destination today.