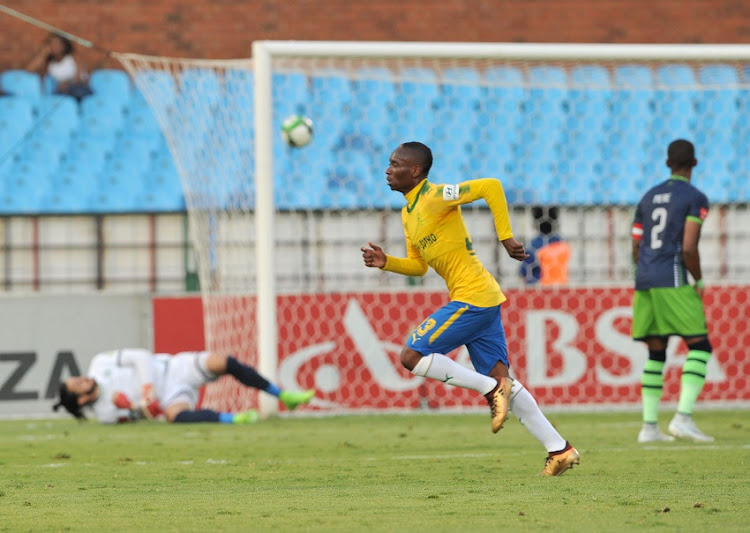 Khama Billiat of Mamelodi Sundowns has been linked with several foreign clubs but it seems he might still be in the country next season.
Image: Aubrey Kgakatsi/BackpagePix

Speculation is rife that Khama Billiat will be announced as a Kaizer Chiefs signing soon.

Chiefs have had to fend off demands from their fans on their official Twitter page wanting to know when the press conference will be.

At least one media report‚ and much speculation on social media‚ claims that Billiat‚ out of contract at Mamelodi Sundowns‚ will join Amakhosi.

Several #FARPost sources have confirmed that Khama Billiat is indeed joining Kaizer Chiefs, but he's not the only one.

Stick around and we will bring you the updates. pic.twitter.com/vmVbrKVoIv

Speculation‚ too‚ has been that Billiat’s Liberian Sundowns teammate‚ Anthony Laffor‚ and Madagascar international midfielder Andriamirado ‘Dux’ Hasina Andrianarimanana will be announced as signings for Amakhosi.

Zimbabwean attacking star Billiat was the Premier Soccer League’s Footballer and Player’s Player of the Season when Sundowns won the Absa Premiership in 2015-16.

He was the star player in Downs’ 2016 Caf Champions League victory and would bring desperately-needed class to Chiefs‚ who have not won a trophy in their past three seasons.

Billiat's agent‚ Mike Ngobeni‚ who earlier told the publication that the player will make a final decision on future on Friday‚ could not be reached for comments in repeated attempts to call him.

In-demand Mamelodi Sundowns forward Khama Billiat is to decide his future on Friday‚ according to the players’ agent.
Sport
3 years ago

Interest in player spreading wider
Sport
3 years ago
Next Article