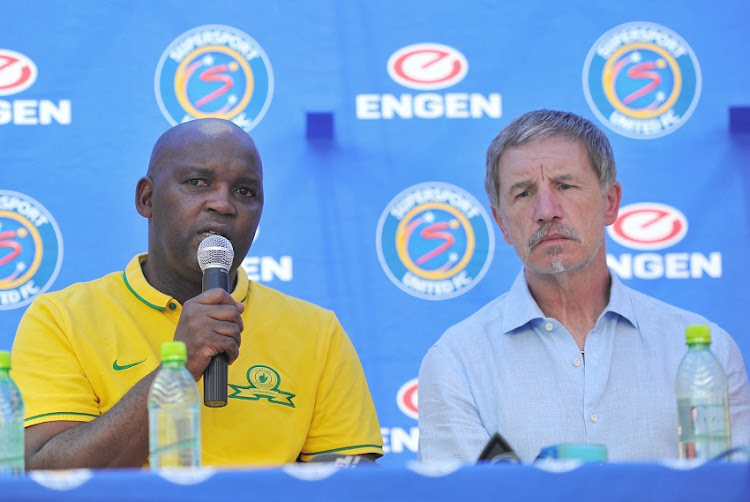 Stuart Baxter is one of the best Bafana Bafana coaches Steven Pienaar worked with‚ the former Everton midfielder has said.

Pienaar said Baxter‚ who has faced various pitches of scepticism and noise against his second tenure as Bafana coach since last year failing to qualify for the current World Cup in Russia‚ needs time to work with the national team to achieve results.

Pienaar played under Baxter in the Brit's previous stint in charge of Bafana in 2004 and 2005.

The former SA captain was asked‚ as South Africa’s presence at yet another World Cup was notable by its absence at Russia 2018‚ whether it is not time to appoint a national coach who has won trophies at international level‚ such as Morocco’s Herve Renard.

“We do have‚ actually‚ one of the best coaches that I’ve worked with at Bafana‚” Pienaar said.

“Well organised – he knows what he wants.

"I think him and Pitso [Mosimane] are the two best coaches I’ve worked with at Bafana in terms of how they plan‚ how they see the game.

“But‚ ja‚ I think it’s up to the people in charge if they want to invest in younger coaches.

“I think a lot of people are quick to judge and if you’re a young coach coming up – if you look at Benni [McCarthy‚ coach of Cape Town City]‚ people will say he’s not ready. How would you know if you don’t give him the opportunity?

“We just have to be patient as well. In South Africa as soon as you lose two games‚ they want you out.”

The 36-year-old ex- Borussia Dortmund and Tottenham Hotspur midfielder said Baxter‚ who named youthful squads for a four nations tournament in Zambia in March and this month’s Cosafa Cup‚ needs time to achieve success with Bafana.

“Definitely. I know a lot of people will think I’m crazy‚ but if you look back on when last South Africa actually went out there and beat Nigeria convincingly [as Bafana did in Baxter's first game‚ a 2-0 away Africa Cup of Nations qualifying win against Nigeria last year]‚” Pienaar said.

“And he’s giving a lot of young players an opportunity. So that’s a good start. That he’s willing to gamble on the young players.

“So I think we just have to be patient and hopefully the team‚ with all these young players‚ will gel and become like the class of ’96.”

Pienaar retired in March after an unsuccessful return to the Premier Soccer League with Bidvest Wits in 2017-18‚ and began his Uefa A and B coaching licences in Ireland this month.