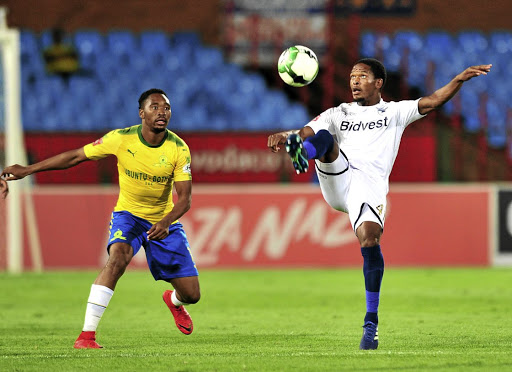 Phumlani Ntshangase of Bidvest Wits is tipped to leave the club in this transfer window. /Samuel Shivambu/BackpagePix

Having recently lost Ben Motshwari to Orlando Pirates, Bidvest Wits could part ways with another influential midfielder, Phumlani Ntshangase, as Kaizer Chiefs are believed to be keen to secure his services.

Ntshangase, 23, said he was aware of the speculation around his future but emphasised that he had not been contacted by the Soweto heavyweights.

He is back in Gauteng to start pre-season with Wits today after spending his break in his home town of Durban, KwaZulu-Natal.

"I was at home for the off-season holidays and I have been hearing people telling me that Chiefs want me but I just laugh because I know that they have not contacted me. I am back in Gauteng and ready to start pre-season tomorrow [today] with my club Wits," Ntshangase said.

Amakhosi spokesman Vina Maphosa refused to confirm or deny a potential move, saying: "When we have signed a player we will announce him."

Ntshangase, however, won't rule out a move away from the Students in the current transfer window.

"I cannot say I will not move because this is football and anything is possible. I am loyal to Wits and I will tell them if someone from another club contacts me. I believe I can only move if that offer makes sense to Wits because I am contracted to them," he said.

In the 2016/17 season Ntshangase and Motshwari formed a formidable midfield combination, inspiring Wits to their first league title in 96 years and clinching the MTN8. But last season their partnership was disbanded as they both saw playing opportunities hard to come by.

"I am happy that Ben has found a new home. We had a wonderful partnership two seasons ago but last season things did not go well. I hope he does well at Pirates," said Ntshangase, who only played 13 league matches in Wits' disastrous past campaign.