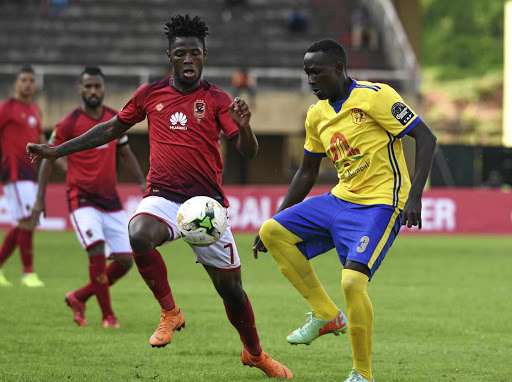 Just one year into his four-year deal with Egyptian giants Al Ahly, Bafana Bafana attacking midfielder Phakamani Mahlambi hints he might not see out his contract if good offers come through.

"Nowadays the future of a player is not determined by what he dreams about but it's about who comes with the right offer," Mahlambi told Sowetan yesterday.

His club future will also depend if he would impress the new coach after the Egyptian champions confirmed Frenchman Patrice Carteron as their new mentor.

Carteron has replaced Hossam el-Badry who under him, Mahlambi made 15 appearances in all competitions in his first season in Egypt.

He scored once and contributed five assists.

"Anything can happen, I am prepared for anything. I cannot say I will see out my contract or not.

"It will depend on what the club says but I am happy at the moment,'' said Mahlambi, who is currently spending his off-season break with family in his home-town of Louwsburg in KwaZulu-Natal.

The 20-year-old joined Al Ahly from Bidvest Wits last September in a transfer believed to be R20-million. He was stronly linked with Mamelodi Sundowns and Orlando Pirates before he left for Cairo.

"Phaks", as Mahlambi is known to his peers, will host his inaugural football tournament - Phaks Tournament - that kicks off in his home-town today.

"The tournament will be contested by 12 primary schools from the area. Everything was organised by my parents while I was in Egypt.

"I invited some scouts from Gauteng. This tournament is also about commemorating June 16 [Youth Day]. I wish to see Louwsburg producing many professional footballers in the near future.''

While the Bafana star will be watching the Fifa World Cup on TV, six of his Al Ahly teammates will be carrying Africa's hopes in Russia.

Egypt are in the same group as hosts Russia, Uruguay and Saudi Arabia.