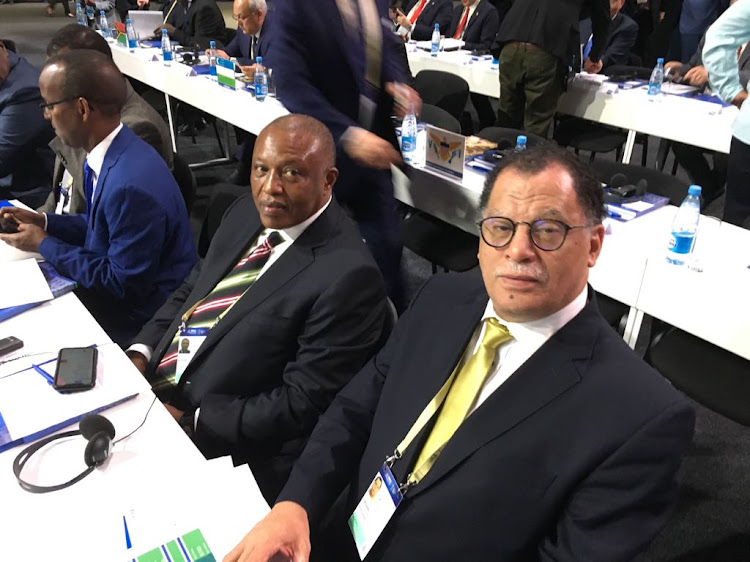 The pair looked to be in good humour as they sat next to each other in discussion before the Congress kick off‚ although they did not arrive at the same time with Jordaan taking up his seat first and Khoza coming in five minutes later.

There were no signs of any bitterness following Jordaan’s outburst against Khoza in recent weeks when he accused him of undermining his bid to retain the SAFA presidency.

The two will participate in the decision on who is to host the 2026 World Cup where South Africa will break ranks with the majority of the rest of the continent and vote for the joint North American bids rather than Morocco.

The vote should take place around 2pm South Africa time and is expected to be tight with the Canada-Mexico-USA bid expected to shade it as Morocco lose out for a fifth time.

Each of FIFA member associations are now voting for the winner‚ as opposed to past votes when only the members of the executive committee decided.

Jordaan confirmed to SowetanLIVE at the Congress that South Africa will vote for the joint North American bid.

The Moroccans have upset so many of their fellow African neighbours over political reasons that they are going to happily hand their 2026 World Cup bid votes to the Canada–Mexico–United States joint bid later today. Who said sport and politics don't mix!!!

It is a decision which follows government after recent pronouncements by Sports Minister Tokozile Xasa‚ who said South Africa could not support Morocco. SA and Morocco have strained relations.

South Africa recognises the Polisario government in exile in the disputed Western Sahara territory‚ which was annexed by Morocco after the colonial power Spain left in the mid-70s.

The North Americans have made much headway already in persuading African countries to vote for them rather than Morocco‚ but observers say it is political and military co-operation deals that have proven effective.

Morocco have‚ however‚ received the backing of at least half of the European countries and there is expected to be an anti-Donal Trump factor in the vote as well.

The anti-American sentiment stirred up by the tweets of the US president could hand Morocco some key votes.