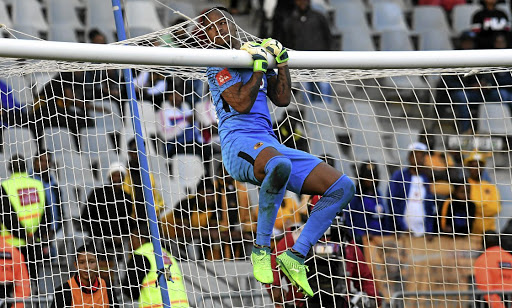 Many of Orlando Pirates' new signings will have to justify why the club opted to sign them ahead of the 2018/19 season.

Bucs confirmed the signing of nine players yesterday, and some come from clubs where they were bench-warmers.

Head-lining the new arrivals list is Brilliant Khuzwayo, who joins from Kaizer Chiefs, where he declined a contract extension.

Khuzwayo, 28, had been with Amakhosi for six years after joining them from Thanda Royal Zulu in 2012.

He rarely played and in the end managed just 37 official matches, with first-choice goalkeeper Itumeleng Khune playing most of the games.

To Khuzwayo's credit, he kept 22 clean sheets and perhaps with more game time at Pirates, he could do more. He will be competing with Siyabonga Mpontshane, Wayne Sandilands and Jackson Mabokgwane if Pirates retain all their goalkeepers.

The other player with a lot to prove will be Asavela Mbekile, who also joins as a free agent after his contract was not extended at Mamelodi Sundowns.

Orlando Pirates have made their intentions to challenge for top honours clear with the announcement of nine new signings to bolster their squad ahead ...
Sport
4 years ago

Mbekile, 31, didn't play a single match for the Brazilians in the 2017/18 season and judging by the response on social media, Pirates supporters are not really chuffed with his signing.

The 1995 African champions have also snapped up Wits midfielder Ben Motshwari, but his past season statistics don't make for good reading with just 11 appearances in all competitions.

Bucs, however, have also brought in players who had decent campaigns in 2017/18 like Vincent Pule from Wits. The midfielder starred in 28 matches for the Clever Boys, helping them win the Telkom Knockout, and would relish the challenge to continue playing regular football at Pirates.

Like Pule, midfielder Linda Mntambo arrives from Chippa United on the back of a good season. He was signed by Chippa from NFD side Jomo Cosmos in January and in just a few months, managed five goals in 14 appearances for the Port Elizabeth-based outfit.

The nine players will join the rest of the squad when the team returns for pre-season training on June 18, while more signings could be expected.

Pirates have had to bolster their squad considering they will be playing in the domestic league from August and the CAF Champions League from November.