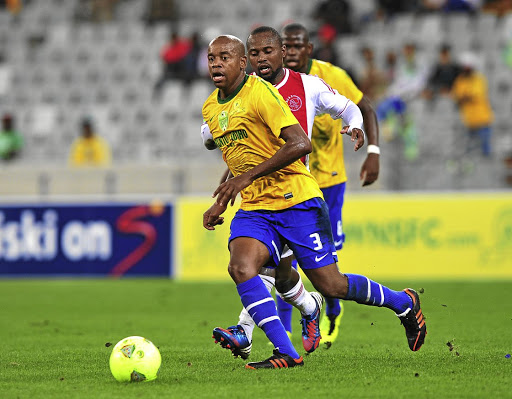 Esrom Nyandoro, now a talent scout for Mamelodi Sundowns, vouches for the relevance of scouts at tournaments. Ryan Wilkisky/BackpagePix

The teams have been battling it out this week at the Oscar Mphetha Stadium at the University of Limpopo's Turfloop campus.

Nyandoro, who is part of the Sundowns team tasked with searching for new players at the tournament, said yesterday that Mutileni must face the reality, noting that scouts are a big part of football.

"That's the name of the game," said Nyandoro. The coach feels the pressure and so are the players. Wherever you go, the scouts will be there, in a big or small tournament.

"So you just have to live with it," Nyandoro asserted.

"At the end of the day, as a coach you will be impressed [when your players are signed by bigger teams].

"You are playing in the semifinals and after this tournament, or the play-offs, you hear that four or five [of your] players have been stationed out, wouldn't you be proud? Surely, you have to be proud.

"One thing I can tell you is that the scouts are not going anywhere. They are there to stay and they will stay for a long time."

Mutileni, whose Limpopo outfit lost 3-1 to Maccabi in the playoffs semifinals, yesterday, said he's had his hands full trying to get his players away from the scouts who have been trying to win them over.

"When the players have this thing of the scouts being closer to them, trying to promise this and that to them, they may be too excited and end up losing the focus; that is the main problem [we face as coaches]," Mutileni lamented before their game yesterday.

"We don't have a problem with the scouts being here, but let's finish our work first and then they will come after we are done [with the play-offs].

"That is what I'm trying to say, because this can affect a team negatively. There have been some of our players that have been approached. We told them they must get into the [team] bus [to avoid the scouts], so they can go relax," he added.