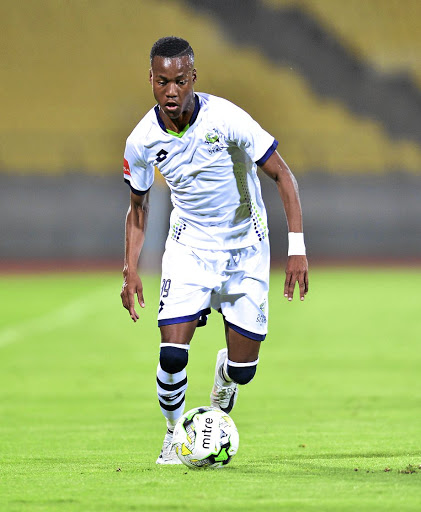 New Mamelodi Sundowns winger Katlego Otladisa aims to represent his home province of North West with distinction as he feels a lot of football talent goes to waste there.

Otladisa will finally link up with the Brazilians later this month for their pre-season after signing from Platinum Stars back in January.

The 21-year-old gem from Rustenburg hopes to inspire more youngsters from the platinum province to aspire to be elite footballers in the Absa Premiership.

Outside of Kaizer Chiefs goalkeeper Itumeleng Khune from Ventersdorp, there are not many to speak of.

"There is a lot of talent in the province but not many players are getting to opportunity to showcase their talent," Otladisa told Sowetan.

"Players even struggled to get in at Dikwena, so it's tough. I have played with players who I thought could make it at a high level but they could not. Going to Sundowns is not just about myself, it is also for my community, to show that it is possible."

"Doks", as he is affectionately known, is nearing full fitness after being sidelined by a leg injury since January.

His former team, Dikwena, struggled throughout the season and eventually got relegated to the National First Division.

"It was tough watching from the sidelines as my home club got relegated," he said.

As he prepares to meet his new teammates later this month, Otladisa admits he will have to up his game at Chloorkop.

"Things are different at Sundowns in terms of the professionalism. After every game each player must submit a match analysis to the technical team.

"There are a lot of new things I will have to learn but I am looking forward to it."

On coach Pitso Mosimane, he added: "I communicate with the coach almost every day. He checks up on me a lot and motivates me."