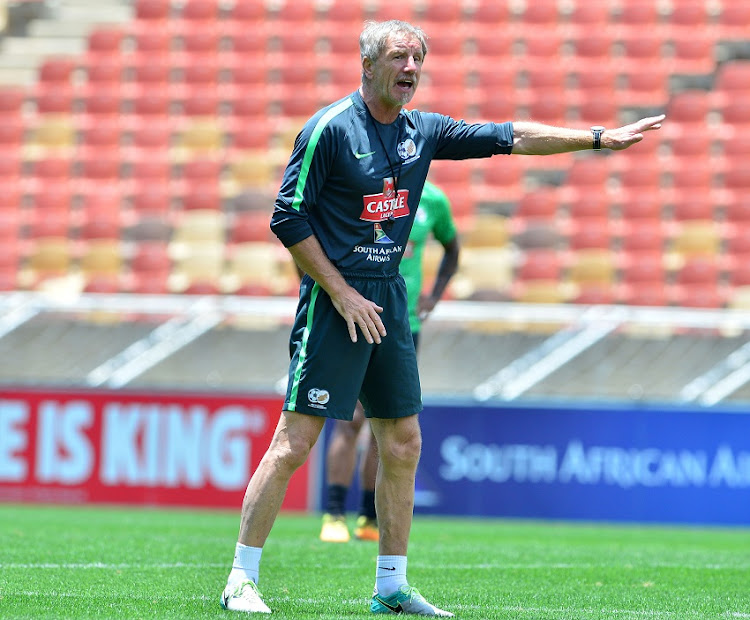 Having persuaded Joel Untersee to play for Bafana Bafana‚ coach Stuart Baxter has turned to three potential national team players based in England and they have all expressed an interest in representing South Africa.

Swiss junior international Untersee is due in South Africa in the coming weeks to sort out the paperwork to acquire his citizenship and the Juventus right-sided player could appear for Bafana for the first time in the African Nations Cup qualifier against Libya in September.

The latter has already appeared in junior national team squads‚ but the 19-year-old would also be available for England and having made good progress through the development ranks at the Premier League club‚ and could be part of their first team squad next season.

The south coast club have been a steady producer of talent for the England national team in recent times‚ as well as producing the likes of Wales international Gareth Bale.

Barkhuizen is a stalwart at Preston‚ who narrowly missed out on the promotion play-offs to the Premier League last season.

The 24-year-old made 47 appearances for the club in the previous campaign‚ mostly as a winger‚ and scored eight goals.

He can play anywhere across the forward line‚ and Baxter had a fruitful meeting with Barkhuizen and his agent‚ who have indicated the player‚ who has a South African grandfather but was born in the English resort town of Blackpool‚ is keen to throw his lot in with Bafana.

Tavares was born in Cape Town and came through the junior system at Hellenic before playing for a number of English clubs at junior level‚ including Wolverhamptpn Wanderers and Brighton and Hove Albion.

He signed a contract with Premier League side Crystal Palace at the start of last season and the 19-year-old is tipped for a bright future.

The centre-back has already played for Croatia at junior international level‚ but despite this FIFA regulations would allow him to turn out for South Africa at senior national team level.