Banyana Banyana close in on women's Afcon with win in Lesotho 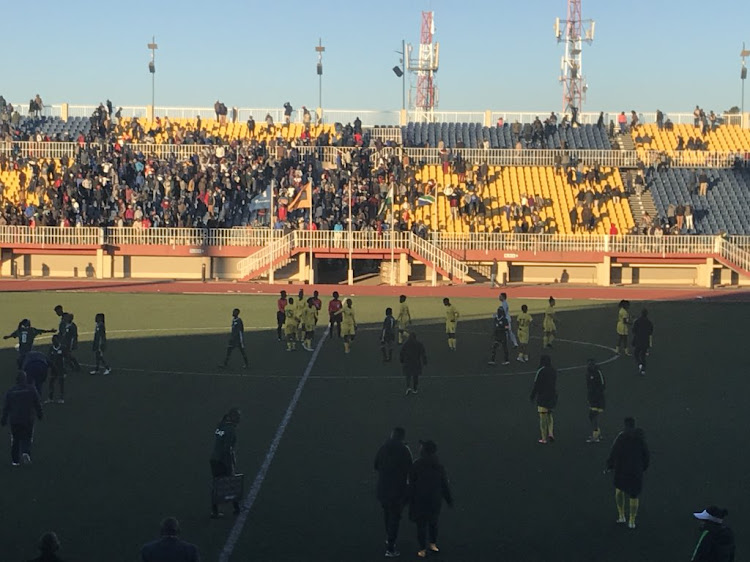 Banyana Banyana winger put Banyana ahead inside the opening 10 minutes at the Setsoto Stadium in the capital Maseru.
Image: SAFA.NET/TWITTER

Leandra Smeda’s early solitary goal gave Banyana Banyana the upper hand for qualification of the Women’s Afcon to be hosted in Ghana between November 17 and December 1.

The Banyana winger put Banyana ahead inside the opening 10 minutes at the Setsoto Stadium in the capital Maseru.

The 28-year-old University of the Western Ladies star wasted a glorious opportunity minutes later to grab an early brace but her effort was blocked away for a corner by the Lesotho goalkeeper.

Despite missing some of senior overseas based players‚ Desiree Ellis’s charges still managed to put up a valiant display in the mountainous Kingdom and now have one hand on qualification ahead of the return leg in South Africa.

The second leg will be played at Dr Petrus Molemela Stadium in Bloemfontein on Sunday and the overall winner will automatically qualify for a place in the Women’s Afcon.

The 2018 Women’s Afcon winner‚ runner-up and third-place side will qualify for the 2019 FIFA Women's World Cup in France to be staged between June 7 and July 7 in nine French cities.

Ahead of their trip to Maseru‚ coach Ellis said she saw the match against Lesotho‚ and qualification for the women’s Afcon‚ as “the start of the road to the World Cup in France.