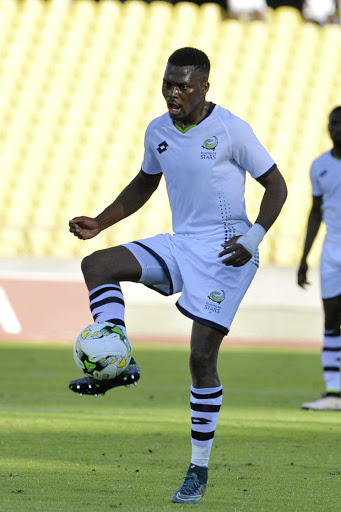 Platinum Stars midfielder Enocent Mkhabela feels one of the reasons Dikwena lost their Premiership status was that they didn't play as a team, revealing there were cliques in the squad.

After all the drama, Stars ascended to the 15th spot and contested in the promotion play-offs where, alongside Jomo Cosmos, they lost out to Black Leopards.

For Stars' miserable campaign, Mkhabela, 29, bemoans egotism, among others factors.

He revealed they lacked camaraderie and never played and fought as a team because there were different groups in the squad.

"For some reasons I do not know, we did not play for one another. There were a lot of groups among ourselves. I have a strong feeling that if we worked as a team, we would have easily avoided relegation.

"In football, team work is important and we lacked that, unfortunately."

The former SuperSport United and Kaizer Chiefs midfield enforcer still has a year remaining in his contract.

Though he hopes to secure a deal elsewhere that would see him remain in the top-flight, Mkhabela said if negotiations go well with Stars bosses he won't mind playing in the National First Division (NFD).

"Stars were my first team in the PSL and I will always have a soft spot for this club. I am hoping that I'll find another Premiership team but if that doesn't work out, I have no problem with playing in the NFD next season.

"We will have a meeting with the club's management in the next few weeks, that's where my future will be decided," noted Mkhabela.

"In life you must always be ready for anything that could happen because it's God's plan. I was disappointed with what happened but I am hoping the team will bounce back," he said.