Limpopo economy braces for boost after Leopards' promotion to the Premiership 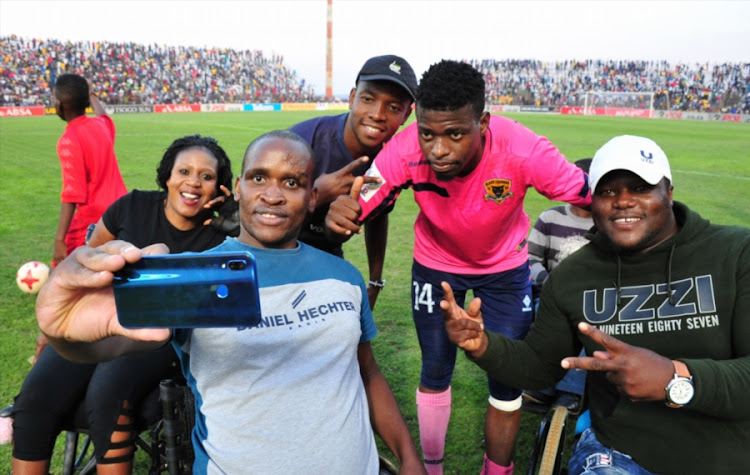 Ivan Mahangwahaya of Black Leopards celebrates with the fans during the National First Division Promotion and Relegation Playoff match between Black Leopards and Jomo Cosmos at Thohoyandou Stadium on May 30, 2018 in Thohoyandou, South Africa.
Image: Philip Maeta/Gallo Images

Having three Premier Soccer League [PSL] teams in Limpopo will galvanise the economy in the province.

This is the view of the province’s MEC for arts‚ sports and culture Onicca Moloi‚ who’s delighted following Black Leopards’ promotion to the elite league.

Lidoda Duvha are joining Polokwane City and Baroka FC in the elite league and Moloi told SowetanLIVE that this augurs well for people in the Northern part of the country.

“We are very happy to have a third team in the PSL.

"This is very good for the economy of the province as we will have more games‚” Moloi said.

“It’s also good for the tourism industry‚ because we will have more people coming to Limpopo and sleeping in our hotels and visiting other areas of interest in the province.”

For the visitors‚ there are a few must-see places such as the Bakone Malapa Open-Air Museum‚ which is located nine kilometres south of Polokwane and offers insight into the history of the Bakone people who lived in the area over 300 years ago and their way of life.

“It’s also good for club development in the area‚ because young people who are at development level will be encouraged that they have teams in the province that are now in the PSL and started at a lower level‚” Moloi continued.

“Since we have three teams‚ we will have 45 [League] games that will play here and in terms of marketing‚ it’s good for us when these teams are playing in or outside the province.

"These are just among a few things that are exciting for us.”

Moloi concluded by saying that she hopes Leopards remain in the Vhembe area where their supporters have been filling up the Thohoyandou Stadium.

Questions have been raised over whether the stadium will meet PSL standards.

“We want Leopards to remain in Vhembe. The people of Vhembe have supported the team and we can’t take it away from them‚” Moloi added.

Limpopo‚ home to about 5-million people‚ is considered one of the poorest provinces in the country with many living below the poverty line.

What does not kill you makes you stronger.
Sport
4 years ago

A heaving Thohoyandou Stadium roared Black Leopards back into the Premier Soccer League for the first time in a half-decade with the Limpopo team's ...
Sport
4 years ago

Newly promoted Black Leopards will surely raise eyebrows in the coming premiership season after it emerged that the players are allowed to make ...
Sport
4 years ago

Kaizer Chiefs midfielder Siphelele Ntshangase has a lot to prove in the new season, but he's not the only one.
Sport
4 years ago
Next Article