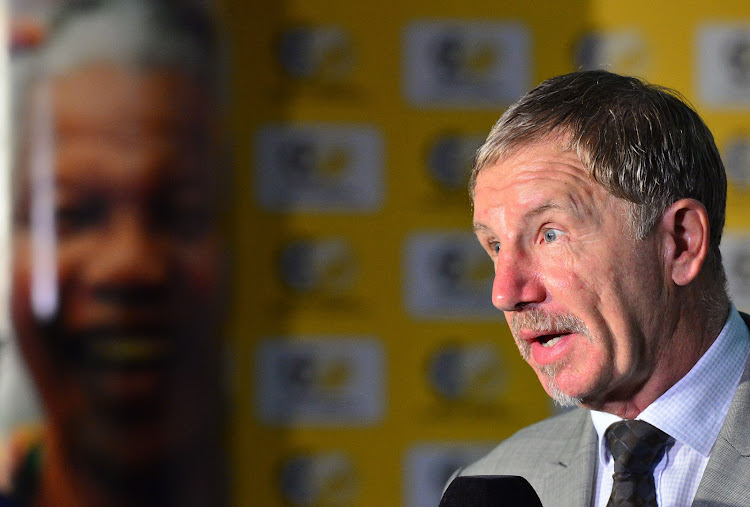 The Safa election was concluded in Saturday's elective congress at Sandton Convention Centre where incumbent Danny Jordaan stood unopposed to win 95.12 percent of the vote.

A previous March 24 date had to be called off as the process was dogged by dirty politics‚ accusations and counter-accusations.

Jordaan's sole opponent on Saturday‚ former referee Andile 'Ace' Ncobo‚ walked out after a failed attempt to halt the election a second time based on various alleged statute irregularities.

Baxter said he believed the search for a second assistant-coach to Thabo Senong had been affected by the distraction at Safa of the election process.

“I’ve made recommendations quite a while back and I think for various reasons it’s been held in abeyance‚ ” he said.

“The whole structure of the coaching staff I’ve made recommendations on.

Asked if the elections seemed to distract from the task of appointing an assistant‚ Baxter replied: “I think that’s been … you know‚ people have got one eye on the ball‚ so to speak.

“It’s certainly been difficult in this period to drive things through.

"Which‚ I’m guessing‚ is understandable given some of the headlines that we’ve seen and the way things have been so acrimonious.”

The move backfired‚ though‚ in the form of a public backlash‚ due to anger over Fortune‚ who often turned his back on the national team as a player‚ becoming part of the technical staff.

Currently Baxter has come to Polokwane for the Cosafa Cup with Under-17 coach Molefi Ntseki as his acting assistant as Senong is on a course.