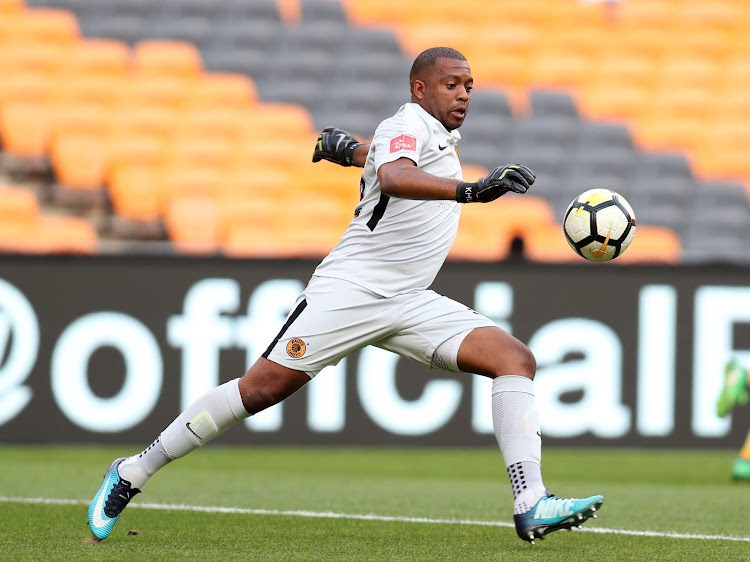 Kaizer Chiefs captain and goalkeeper Itumeleng Khune is expected to be crowned the PSL's Goalkeeper of the Season award.
Image: Muzi Ntombela/BackpagePix

The Premier Soccer League awards will be handed out on Tuesday night‚ honouring those players‚ coaches and match officials who excelled in the 2017/18 season.

It was a bizarre season in many ways‚ with fancied sides struggling and minnow clubs challenging the established order‚ throwing up some intriguing sub-plots along the way.

SowetanLIVE  looks back at 10 statistics from the campaign you may not be aware of.

It is a well-known fact that Mamelodi Sundowns forward Percy Tau was locked on 11 goals at the top of the league scorers charts with Polokwane City striker Rodney Ramagalela.

But Tau was pipped by another City player in the list of top assists‚ with unheralded skipper Jabu Maluleke claiming 13 in the league campaign‚ two more than the Sundowns man.

Maluleke is one of the most under-rated players in the top flight and the fact that he has never won a Bafana Bafana cap is bordering on the scandalous when you look at the list of many of the players that have.

An injury to Itumeleng Khune on the final day of the league season denied him the opportunity to equal the PSL record for most clean-sheets in a 30-game season.

The record is currently held by Moeneeb Josephs‚ who kept 17 clean-sheets in the 2009/10 campaign with Orlando Pirates.

Khune was on 16 with one game to play‚ but was forced to pull out of the clash with Ajax Cape Town.

Still‚ his record of 16 clean-sheets in 27 matches played is an outstanding effort and will likely see him pick up the Goalkeeper of the Season prize at the PSL awards.

WHERE DID ALL THE GOALS GO?

The 2017/18 Absa Premiership season saw the fewest goals scored of any 30-game campaign‚ with just 490 in the 240 matches played‚ a touch over two per match.

Hlompho Kekana’s strike for Mamelodi Sundowns against Orlando Pirates from the halfway line is a good shout for the Goal of the Season prize.

His effort had the beating of Pirates keeper Wayne Sandilands‚ who might well have done better.

But it is not the most long-range goal ever scored in the PSL‚ that honour goes to former SuperSport United defender Mor Diouf‚ who struck a stunning 65-yard hit against Sundowns in the 2012/13 season.

And guess who the keeper was for Sundowns that day …?

Only one player featured in every minute of every league game for his clubs this season – Bloemfontein Celtic goalkeeper Patrick Tignyemb.

The Cameroon stalwart has taken his number of starts for the club to 296 in all competitions since he joined in 2008. The 32-year-old kept 11 clean-sheets in 30 league games.

A characterisation of this past season was the number of league draws‚ some 87 in the 240 matches played.

That is a massive figure of over 36 percent of the games played‚ when the average down the years had been more in the low 20 percents. Coaches too scared to lose? Not enough creativity?

Ajax Cape Town may have been eventually sunk by the Tendai Ndoro saga as they face relegation‚ but the major reason why they look as though they will be in the National First Division next season is their dismal away form.

There were 45 points on offer to Ajax away from home through the season and they took just three … with not a single win.

Not that this is anything new for them‚ they have just 10 wins in their last 60 away matches in the league over the past four seasons.

The rise of Orlando Pirates was not quite as spectacular as the fall of BidVest Wits‚ but those were the two clubs who had biggest switch in fortunes from the previous campaign.

That is a positive swing of 22 points.

By contrast‚ defending champions BidVest Wits went from 60 points in their title-winning campaign to only 36 this season‚ a loss of 24 points over the campaign. It was a massive fall from grace for Gavin Hunt’s side.

That is the highest league finish for a side from KwaZulu-Natal since Manning Rangers finished fourth in the 1998/99 season under coach Gordon Igesund.

Along with Rangers’ title triumph in 1996/97‚ it is just the third time that a team from the province has finished in the top four in 25 years.

Brazilian defender Ricardo Nascimento was the most prolific player from the penalty-spot this season‚ netting four times as Mamelodi Sundowns cruised to the league title.

And that is after he was not registered for the first half of the campaign!

They each got two. In all‚ there were 27 penalties scored in the league during the campaign.

Bloemfontein Celtic have a serious bidder offering some R45-million for the club and with plans to move it to Kimberley‚ according to club insiders‚ ...
Sport
3 years ago

Cape Town City have exercised a one-year option in the contract of left-winger Surprise Ralani‚ who excelled in the second half of the Premier Soccer ...
Sport
3 years ago

Who will be the big winners at the PSL awards? We reveal our winners

The Premier Soccer League annual award winners will be named on Tuesday night as the best players and coach from the 2017/18 campaign are honoured.
Sport
3 years ago

Dan Malesela has admitted that it only took one discussion with Chippa United officials to agree to a shock return to the Eastern Cape club on Sunday.
Sport
3 years ago
Next Article