Who will be the big winners at the PSL awards? We reveal our winners 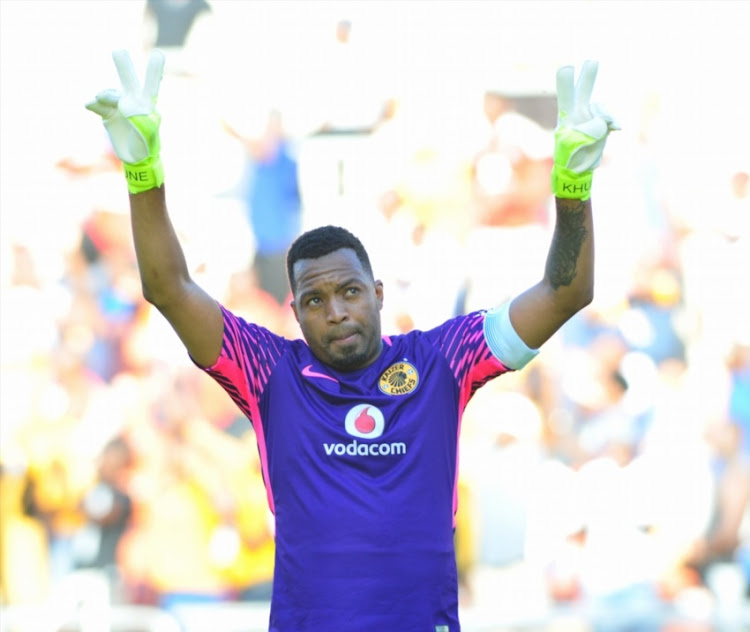 The Premier Soccer League annual award winners will be named on Tuesday night as the best players and coach from the 2017/18 campaign are honoured.

SowetanLIVE takes a look at the candidates and selects the winners for each of the major categories.

COACH OF THE SEASON

A tough category to pick a winner‚ but it is always hard to look past the league winning coach for that reason our prediction is for Pitso Mosimane‚ who led Mamelodi Sundowns to a comfortable victory in the Absa Premiership in the end.

Micho Sredojevic and Fadlu Davids should both be lauded for the way they changed the fortunes of their respective sides and in truth any of the trio would be a deserving recipient of the trophy.

GOALKEEPER OF THE SEASON

Kaizer Chiefs gloveman Itumeleng Khune stands head and shoulders above the rest in this category after a hugely consistent season in difficult circumstances at Naturena.

Khune managed 16 clean-sheets in 27 appearances in the league‚ a stunning return.

While he will applaud the work of his defenders too‚ he still had a massive role to play in keeping opponents out with some stunning saves and excellent organisation of his back-line.

DEFENDER OF THE SEASON

Siyanda Xulu and Innocent Maela have been very consistent for their respective sides‚ but Bevan Fransman‚ on his way out of Maritzburg‚ is our pick for the award.

As captain‚ he marshalled the second best defence in the league and helped to manage games with a young‚ exciting team that in some instances lacks experience in the top flight.

So for his work as centre-back‚ and the added responsibility of leadership‚ he is our pick.

MIDFIELDER OF THE SEASON

This is another very difficult category because all three have had wonderful seasons and would be fully deserving of the trophy.

Siphesihle Ndlovu helped power Maritzburg to fourth‚ his exciting potential at one stage leading Sredojevic to compare him with Chelsea and France international N’golo Kante.

Hlompho Kekana captained Sundowns to the league title and at times appeared to drag them through games‚ while Musa Nyatama has been a revelation since his arrival at Pirates from Bloemfontein Celtic.

For the way he helped to turn Pirates’ fortunes around‚ our pick is Musa Nyatama.

YOUNG PLAYER OF THE SEASON

Siphesihle Ndlovu will be a sure thing for this award‚ standing head and shoulders above his other nominees.

Teenager Siphesihle Mabiliso showed he is a player of tremendous promise with AmaZulu‚ but only played in 17 of their 30 league games‚ while Teboho Mokoena had another fine season‚ but was not at the level of Ndlovu. GOAL OF THE SEASON

This is an award that is voted for by the general public‚ so club allegiances will play a role and likely narrows the field to Hlompho Kekana and Justin Shonga.

Both were spectacular in their own way‚ but given how fans love a goal from the halfway line‚ Hlompho Kekana will be the likely winner‚ even if Pirates’ goalkeeper Wayne Sandilands should have done much better.

Shonga will grab a significant portion of the vote though‚ first because his goal was for Orlando Pirates‚ and secondly because Kekana’s was against The Buccaneers.

PLAYERS’ PLAYER OF THE SEASON

This is an award selected by the PSL players‚ so they hold all the power in picking a winner and it will come down to who the majority thought had the best season.

As many would have been n the receiving end of a goal or an assist from Percy Tau‚ we think they will select the Mamelodi Sundowns man as the winner‚ and deservedly so.

He scored 11 goals and provided a further 11 assists in the league‚ the leading contributor to goals in the top-flight.

FOOTBALLER OF THE SEASON

Three strong candidates‚ though Siphesihle Ndlovu may be punching a little above his weight.

Hlompho Kekana has a solid case‚ but for the same reasons as he should be named Players’ Player of the Season‚ Percy Tau looks the best bet for the biggest award on the night.