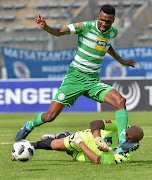 When Lucky Baloyi left Kaizer Chiefs for Bloemfontein Celtic last year, he had a lot to prove after playing second fiddle to the midfielders at Chiefs.

His last season at Chiefs (2016/17) saw him feature in just 10 games and he admitted to Sowetan that he understood why some had doubts if he could crack it in Bloemfontein.

"As a player, you can't argue with what people are saying. Your job is out there on the field," Baloyi told Sowetan.

Baloyi did his talking on the field and by the end of the 2017/18 campaign, the Limpopo-born midfielder had made 35 appearances.

"The only disappointment is that my team didn't make the top eight," he said.

There are others in Baloyi's situation, who had been thought to be finished or risked being written off, but let their feet do the talking.

In two seasons at Kaizer Chiefs, the centre-back played just 10 matches. In one season with Maritzburg, he featured in 38 games and scored three goals. The 26-year-old is now in contention for the PSL defender of the season award. He is in Bafana Bafana's current Cosafa Cup squad. 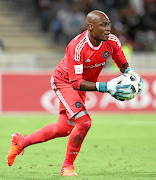 When the season started, the battle for the number one jersey was between Wayne Sandilands and Jackson Mabokgwane. Mpontshane was rarely mentioned and rightly so, because he had played a mere 17 games in two seasons for the Buccaneers. The numbers didn't improve drastically in the 2017/18 season (nine games in total), but he was given his big chance against Chiefs in a match which Pirates won 3-1 back in March. Since then, Mpontshane has kept his jersey.

The 30-year-old was thought to be a spent force after being released by Pirates in August, but he went on to play a pivotal role for Ea Lla Koto and helped them win this year's Nedbank Cup. The left back played 31 matches.

Following his release by Chiefs at the end of the 2016/17 season, he moved to Stars. But his early days in Bethlehem were marred by reports that Stars intended to let him go soon after he had put pen to paper. Luc Eymael, the coach, denied the reports and kept faith in Mthembu. He scored just five goals in 30 games for Stars and had just three assists, but Eymael liked his fighting spirit.

He left Chiefs without playing an official match two years ago. But with 26 appearances, four goals and five assists for Usuthu this season, the Zimbabwean has impressed so much that the KZN club extended his contract during the season to the end of June 2019.

Halfway into the season, he was playing in the ABC Motsepe League for Baberwa. He had played for Bakgaga and was in the team that beat Kaizer Chiefs 2-1 in the Nedbank Cup in 2011. While Baroka came up to the top flight, he remained in the lower leagues. Eventually he secured a move to his old club in January and went on to play 13 matches.