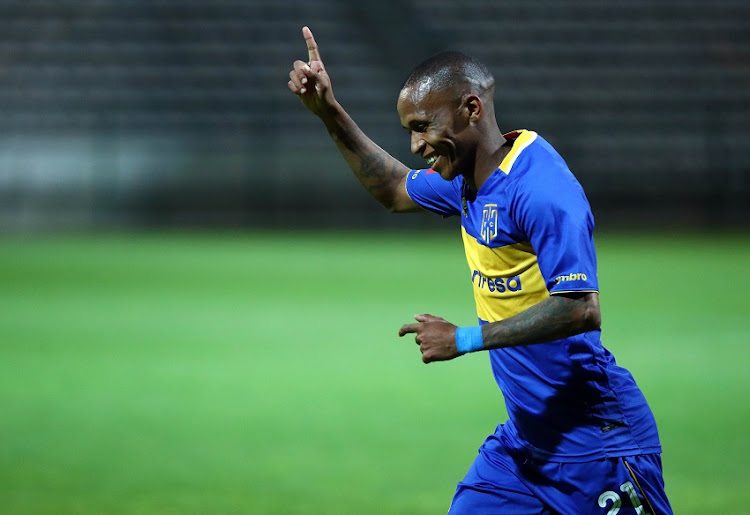 Cape Town City have exercised a one-year option in the contract of left-winger Surprise Ralani‚ who excelled in the second half of the Premier Soccer League season having joined in January.

Ralani‚ who had spent his entire career previously in Sweden and Denmark‚ had a number of suitors after making 15 appearances in all competitions for City‚ but has now committed to the club for another year.

He initially signed a six-month contract with coach Benni McCarthy’s side‚ but with an option for a further year‚ which City have now activated.

“He is very special‚ unbelievable‚ he has really been a marvellous player‚” City owner John Comitis said.

“We saw him doing what he does for us when he was in Europe. We are very excited to have him for the new season.”

Ralani put in a number of eye-catching displays‚ most noticeably when he repeatedly tore the Sundowns defence apart in a Nedbank Cup Last 16 loss in March.

It was a performance that provoked lavish praise from Sundowns coach Pitso Mosimane afterwards.

Ralani is a product of Farouk Khan’s Stars of Africa Academy‚ where he was a teammate of the likes of May Mahlangu and Tokelo Rantie.

Injuries have‚ to a point‚ curtailed his career‚ and at the age of 30 he is likely not in the frame for international honours any more.

“He had great technical ability and vision‚ in the academy he was outstanding‚ he could single-handedly dismantle a defence‚” Khan told SowetanLIVE.