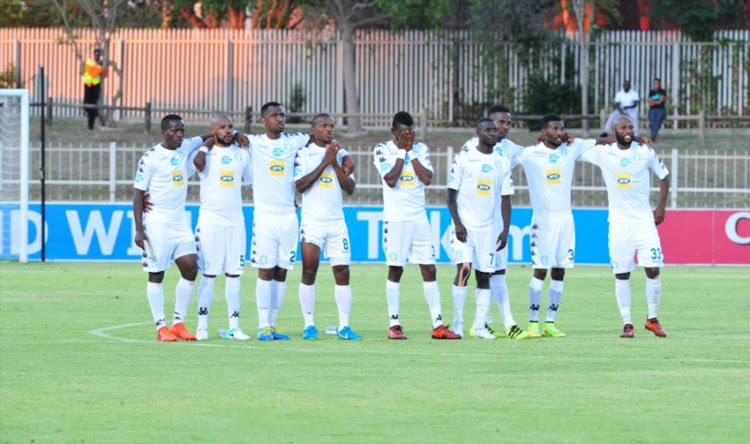 Bloemfontein Celtic have a serious bidder offering some R45-million for the club and with plans to move it to Kimberley‚ according to club insiders‚ but others in local soccer circles are pouring cold water on the idea.

Celtic - one of the country’s best supported teams and a founder member of the old National Professional Soccer League in 1971 - are up for sale after owner Max Tshabalala admitted he had run into financial difficulties and wanted to sell the club.

Tshabalala’s own business interest have taken a knock‚ he told the Sunday Times a week ago‚ and their MTN sponsorship is now also up and will not be renewed‚ effectively costing the club some R21-million annually.

Tshabalala said in the interview he had three suitors from Gauteng but the bid from Kimberley is a new development.

Club officials have said they consider it to be serious but observers close to Celtic do not believe it is sustainable.

Several people with insider knowledge were interviewed for this article and provided insight but only on condition of anonymity.

The real test of any serious bid will be when it is brought before the Premier Soccer League’s executive committee for approval.

The exco have brought forward their usual last-Thursday-of-the-month meeting to Tuesday to coincide with the PSL awards.

If nothing is tabled by Celtic in the next 24 hours‚ any proposed sale would have to wait until the end of June.

It is a tricky dilemma for the PSL as Celtic is one of their prestige franchises‚ with healthy support in one of the country’s major centres.

Allowing the club to move from Bloemfontein would come as a real knock.

But the league cannot also allow Celtic to continue its current condition for there is every chance they might default on their obligations and create not only a major headache for the PSL but also much embarrassment.

Already in the last months the club has been bedevilled with reports of players not being paid on time.

Midfielder Lantshane Phalane says the players have not been told anything about a prospective sale and only have media reports to go on.

“We have just heard the rumours like everybody else‚” Phalane told SowetanLIVE.

“Some say the team is going to Kimberley‚ but we have not been told what is happening.

“We are just waiting to return for pre-season on June 20 and then hear what they have to say … maybe it is the truth that the team will be moving.

“Nothing was said to us by management about the club being for sale before we closed for the season.

"But if he [Tshabalala] wants to sell‚ that is his right‚ he is the owner. We are just players‚ employees‚ and we have to honour our contracts.”

The current situation at the club is described as “chaos”.

Officials cannot even communicate with each other because their mobile phone contracts have been closed.