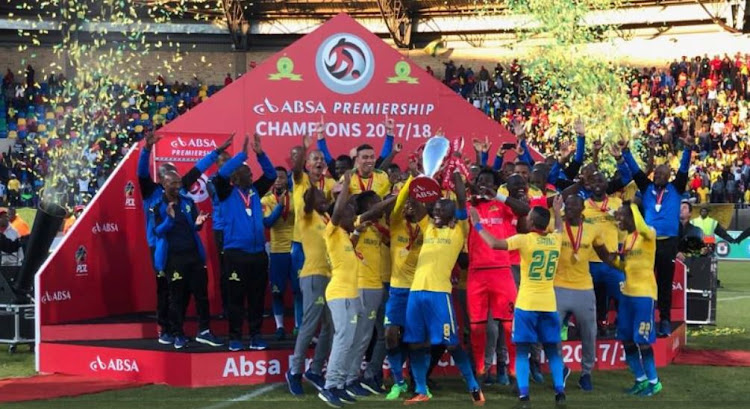 The statement spoke of a "landmark announcement", heralding "staggering prize money", as Absa Premiership winners would now get R10-million, and a total of R29.5-million would be paid out to all 16 teams.

"This is a historic day," the release quoted then PSL chief executive Kjetil Siem as saying. "Up to last year [2007], you had to win the league four times [R2.5-million for each year] to get this amount of money."

Fast forward to now, surprisingly, the Premiership champions still get R10-million. The 16 teams still share R29.5-million. Something doesn't add up. Even more curious is that across all PSL competitions, there hasn't been a rise in prize money for a while. Well, with the exception of the Nedbank Cup, which increased the cheque of winners from R6-million to R7-million a few years ago.

Kaizer Chiefs were the first team to get R8-million for winning the MTN8 in 2008. SuperSport got the same amount last year. The Telkom Knockout has also not moved an inch, 10 years on, from rewarding its champions with R4-million.

It's not only knockout competitions which have been staggeringly stagnant over the past decade. The nominees announced on Monday for next week's PSL awards will get exactly the same as their peers from the past. Teko Modise pocketed R250000 as footballer of the year in 2008. One of Percy Tau, Siphesihle Ndlovu and Hlompho Kekana will get the same when they contest for the category next Tuesday.

What's bizarre about the PSL's decision to remunerate the teams exactly the same as a decade ago is that according to its own financial statement, sponsorship increases annually. In fact, all of the league's top sponsors, from broadcasters SuperSport to the three knockout competitions and suppliers, have had their contracts renewed over the past few years.

The value of these sponsorships was not revealed, but the PSL's financial statement for 2015/2016, which is the latest available on its website, shows a year-on-year increase for each sponsor.

For 2015, SuperSport paid the league just over R406-million as broadcast rights holders. The following year, says the statement, the amount rose to R492-million. Absa, meanwhile, paid the league R117-million for 2015 and increased to R123-million the following year. The cup competitions' increase was negligible, but it was an increase nonetheless.

Why, then, would the league decide that the R10-million paid 10 years ago is still "staggering" in 2018? The league did introduce incentives which were not there before, like the Q-innovation, which amounts to a further R6-million awarded to the clubs. But still, that doesn't justify giving the team that plays 30 games to win the league just R2-million more than one which wins the MTN8, which comprises just four matches.

The PSL has to urgently re-look at the way it rewards teams, and there couldn't be a better time than now when the awards are due next week.