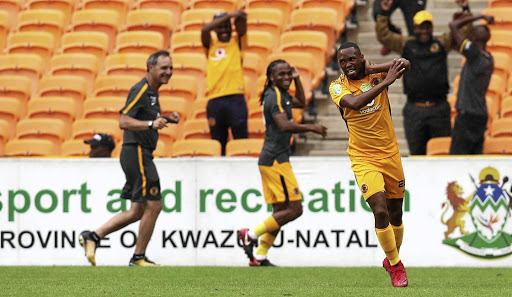 This after Amakhosi finished their third season without silverware. Parker believes the decision taken a week ago was spot on.

“With the awards, we all like to have the awards, but it’s not nice getting an award where the team hasn’t done well,” Parker admitted.

“You can feel it deep down in your gut that you don’t appreciate the award, because your team hasn’t done well.”

The 32-year-old further explained that the management’s decision was accepted by all the players.

“When Kaizer Chiefs made the announcement that they are not going to have the annual players’ awards, we all accepted it peacefully and we all lifted our hands to agree with the management that it wouldn’t be a happy occasion,” he continued.

Parker takes comfort in the fact that Itumeleng Khune has been nominated for the PSL goalkeeper of the season accolade.

“I’m happy for Khune that he’s nominated for the award, he really deserves it. He kept us in the game on numerous occasions and he won Man of the Match awards in so many matches. He kept clean sheets for the team,” he said.

Parker, too, received the PSL goal of the month award for the month of May after his header in the 2-1 win over Ajax Cape Town earlier ten days ago.

Most importantly, he would like to see the team redeem themselves in the 2018/19 season.

“For Kaizer Chiefs, for us, we were so much under pressure knowing in the back of our minds that for two seasons we never won anything and we were in our third season,” he reflected.

“It was a season we needed to get something and every time we thought we were getting closer to finding our feet, our form or consistency, things ended up not going our way. It’s been ups and downs.

“Going into next season I just hope and pray that we start off strong and turn things around, so that we can get back to what Kaizer Chiefs is known about in terms of the culture and history,” added Parker, who hopes to stay.