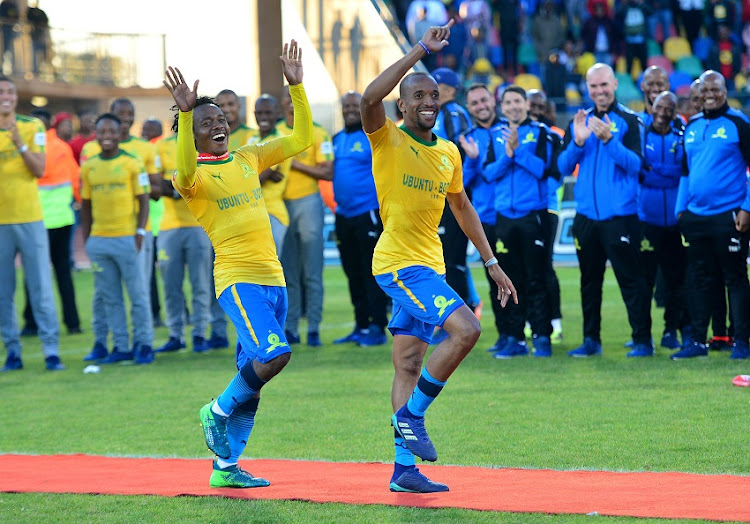 Percy Tau is not just the most-mentioned candidate to win the Premier Soccer League’s 2017-18 Footballer of the Season award‚ he is also the front-runner for the pundits.

Tau finished as joint-top scorer in the Absa Premiership with 11 goals‚ the same amount as Polokwane City’s Rodney Ramagalela.

The Downs forward provided plenty of assists‚ too‚ for the league champions.

He also contributed at international level and delivered eye-catching performances for Bafana Bafana and Sundowns on the continent.

“There are many worthy candidates but I feel that the frontrunners are Percy Tau and Siphesihle Ndlovu‚” said Khan.

“Percy had an outstanding season for Mamelodi Sundowns and Ndlovu was also impressive for Maritzburg United.

“They have contributed differently for their clubs but Percy has scored a lot more goals than Ndlovu‚ which I think will give him an advantage.

“I know that scoring 11 goals in 30 matches for an attacker is not great but that is a South African problem. Having said that‚ you can’t overlook Ndlovu.”

Komphela‚ who quit as coach of Chiefs last month‚ said the choice was not a foregone conclusion.

“In the past we had players who were almost obvious choices to win it but this season is a little bit difficult‚” he said.

“Percy Tau should be the frontrunner but Sundowns had other players like Hlompho Kekana‚ Tiyani Mabunda‚ Denis Onyango and Themba Zwane who contributed for them this season.

“You can throw in [goalkeeper] Itumeleng Khune of Kaizer Chiefs who deserves a special mention for his clean sheets.”

Khune kept 16 clean sheets in 27 starts for a Chiefs who laboured to third place.