Top 10 signings that stole the limelight in Premiership stage 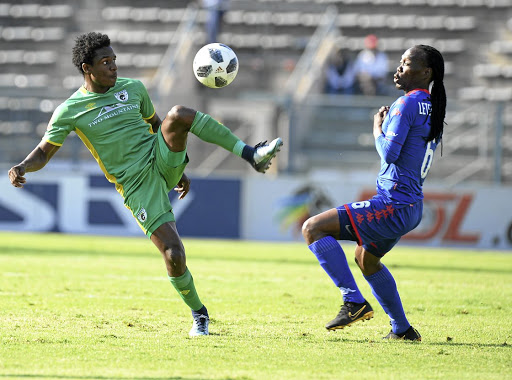 As the season comes to an end, there have been some top signings that made a huge impact in their clubs. Gomolemo Motshwane looks at the top 10 best signings:

The Zimbabwean has proven himself to be one of the "finds" of the season after joining from FC Platinum from his country. The 25-year-old has become one of the most valuable players for his club and is now a wanted man by the big guns in the PSL.

The well-travelled defender has resurrected his career at the KwaZulu-Natal club after spells at FC Rostov (Russia) and Kaizer Chiefs. Xulu, 26, has missed only one game this season after 29 league appearances and eight cup games.

The former Milano United defender has been a pillar for coach Benni McCarthy's defence. The 25-year-old has only missed three league games for the Citizens.

At 31, Cele arrived at Usuthu from Chippa United to inject some energy into the attack. He scored seven league goals and two in cup games.

Despite arriving in January, Sirino has captured the imagination of fans with his sublime skills and trickery on the ball. He has had the biggest impact of the Sundowns' signings in the past season - making 16 appearances in all competitions despite scoring a single goal.

With 27 league appearances, the midfielder was an instrumental figure in the Buccaneers' near-miss title challenge. No other Bucs player featured in more games as the team finished second in the league and qualified for the CAF Champions League.

The Zambian striker proved to be the goal-poacher the team has been longing for after joining from Nkwazi FC. In 19 league games he scored four goals and provided six assists.

The on-loan winger from Pirates stood head and shoulders above his struggling teammates at Dikwena.

Norodien scored three goals in 10 games since joining the North West-based in January. Norodien could yet still inspire them to survival in the promotion/relegation play-offs.

It was partly thanks to his performances that Baroka were top of the table for seven weeks earlier in the season. Motupa bagged nine league goals in 22 games during his loan spell from the Sea Robbers.

His first season at Stars - after a poor spell at Chiefs - proves that a footballer can perform if their coach plays them to their strength.

The former Kaizer Chiefs player grabbed five goals in all competitions for Stars as they prepare for the Nedbank Cup final.