Barcelona coach reveals why Messi did not start against Sundowns 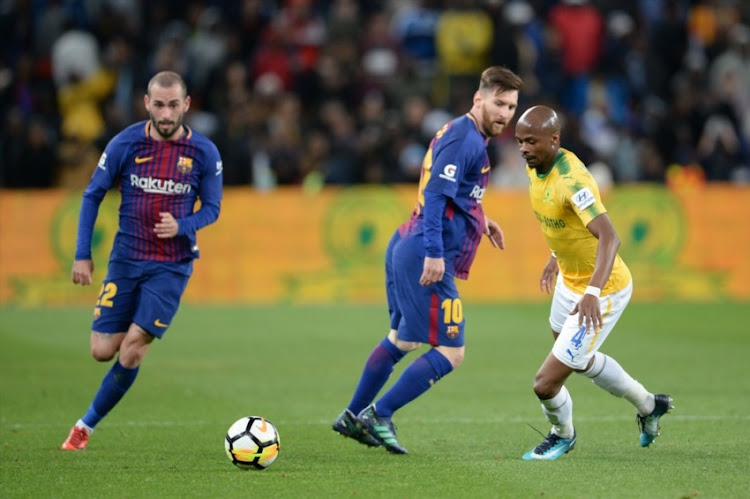 Lionel Messi was held back as a late substitute in Barcelona’s 3-1 friendly win against Mamelodi Sundowns because the Argentine had a minor case of the flu‚ Barca coach Ernesto Valverde explained.

Valverde said Barca had a bout of flu going round their squad‚ and that was the reason superstar Messi came on in the 74th minute of the Mandela Centenary Cup game at FNB Stadium.

“We are all a bit [affected] with flu. But that is a very small problem that he [Messi] had.

"That’s why it was important that he participated at the end of the game‚” Valverde said through a translator in the post-match press conference.

“He is a player who has been playing a lot‚ with a lot of minutes during the season.

"And finally we decided to only have him participate a little bit. But it’s nothing serious.”

Valverde started with a mixed-strength XI‚ replaced them with 11 of is 12 substitutes at half time‚ with Messi the last player on for a bright cameo for the final 16 minutes plus injury time‚ much to the delight of a crowd baying for his introduction.

Barca flew in for the game on Wednesday morning‚ and left for Spain after the match‚ where the La Liga champions play their final fixture of their league season against Real Sociedad at the Nou Camp on Sunday.