Xulu relieved he has redeemed himself 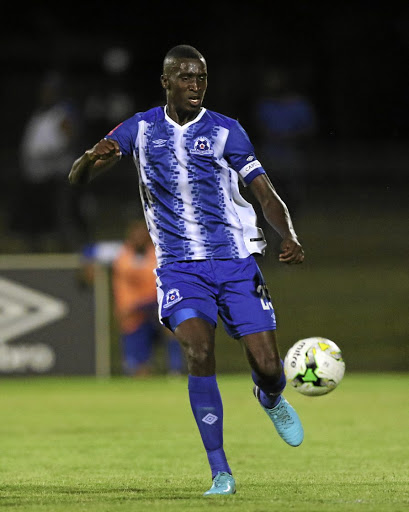 One would be forgiven for believing that Siyanda Xulu has been around forever, but the Maritzburg United defender is still only 26 years old.

Xulu has been around in the professional ranks since 2009, having played for Mamelodi Sundowns, FC Rostov (Russia), Kaizer Chiefs and now the Team of Choice.

Despite his vast experience, he is yet to win silverware in the Premiership. He will be looking to end his drought when his team take on Free State Stars in the Nedbank Cup at the Cape Town Stadium on Saturday (7pm).

"I have played three finals when I was at Sundowns and Chiefs, and have not won any," he said as he looked forward to Maritzburg's first ever cup final.

"For me it will be an important day so I aim to do well for the club and do what I have been doing throughout the season.

"It's been a great season for me individually and the club where we have made history and the cup would be a cherry on top."

Xulu has undergone a resurrection in the past few months after having been written off when he was axed by Chiefs.

He has been a reliable pillar in the defence where he has missed only one game this season, playing 29 league games and eight cup games (MTN8, Telkom KO and Nedbank).

The player with four Bafana Bafana caps admits he was relieved to redeem himself after flopping at Chiefs.

"I would consider this as my best season in my career. From where I come from, we all know that I did not do so great at my former club [Chiefs]. I was disappointed with myself but I have been able to pick myself up.

"It wasn't that easy but I have accepted the situation [taking a salary cut].

"But, for me coming here, it was just about pressing the reset button."