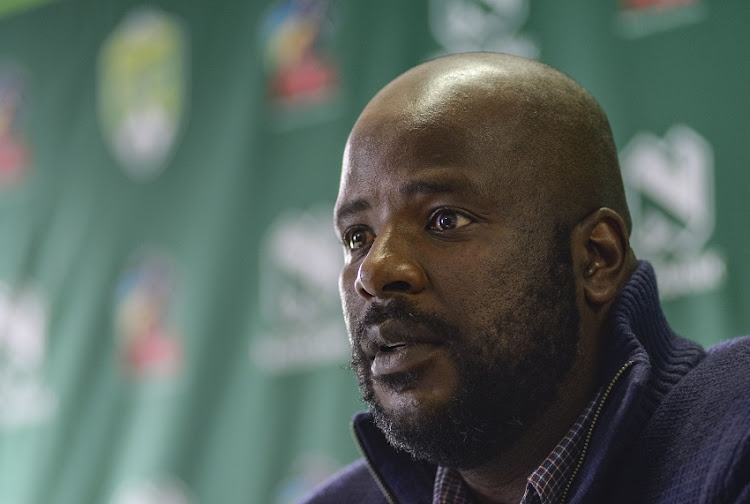 Free State Stars general manager Rantsi Mokoena has slammed corporate leadership of big companies in South Africa‚ who he says do not understand the value of sponsoring football clubs.

Stars lost medical aid company Bonitas as a sponsor three years ago‚ and tried to sell the club as a result of the R12 million added annual financial burden that produced on the family-run club.

Ea Lla Koto are not the only club in the Premier Soccer League‚ where they finished sixth in the season concluded on the past weekend‚ surviving without a major shirt sponsor.

Their opponents in Saturday evening’s Nedbank Cup final at Cape Town Stadium – Maritzburg United‚ this season’s fourth-placed PSL team – have sustained themselves as a top-flight club without a shirt sponsorship for 12 seasons.

Mokoena said he had a “political view” on why football clubs were “not as well sponsored as rugby and cricket [franchises] are”.

“I think we simply do not have representation in the boardroom as black people‚” Stars’ GM said.

“And football is seen to be a black sport‚ or consumed by the majority of SA’s population‚ which is black.

“When you drive past [Bethlehem’s] Voortrekker Hoerskool you will find that it’s got about five different boards of five different companies sponsoring the school.

“And if you go to Ntsu High School here in the township‚ there are zero.

“And like I said‚ it’s a really a political view. And we’re here to talk about the Nedbank Cup final‚ so I don’t want to get into that.”

There have been question marks about the approaches taken by PSL clubs when pitching to big corporations for sponsorships.

Statistics show that returns to companies from football sponsorships dwarf those of all major sports in South Africa‚ including cricket and rugby.

Do football clubs bring these statistics with them making pitches?

Do they outsource to branding companies with connections in industry?

“When you talk about sponsorships‚ Rantsi Mokoena does not have the confidence to go before serious boardroom people and speak English‚ and want their money‚” Mokoena said.

“So we outsource these kinds of things. It’s not done by my uncle or my younger brother.

“Certain things in the company are outsourced. This is a professional environment and you treat it as such.

“But perhaps I should just flip the coin slightly and ask you a question.

"Does it make sense to you that a certain company that sells food‚ which is consumed largely by our people‚ is not in football?

“Does it make sense to you that a company that sells automobiles is sponsoring a rugby team in this province [the Free State]‚ and is not in football?

“And any taxi that you go to the taxi rank‚ you tell me what taxi you’re going to ride in.”

Mokoena was clearly referring to Toyota ‚ the naming sponsor of the Toyota Free State Cheetahs rugby team‚ and whose HiAce and Quantum models are among the most utilised form of minibus taxi.