Pitso upbeat about clash with Barca 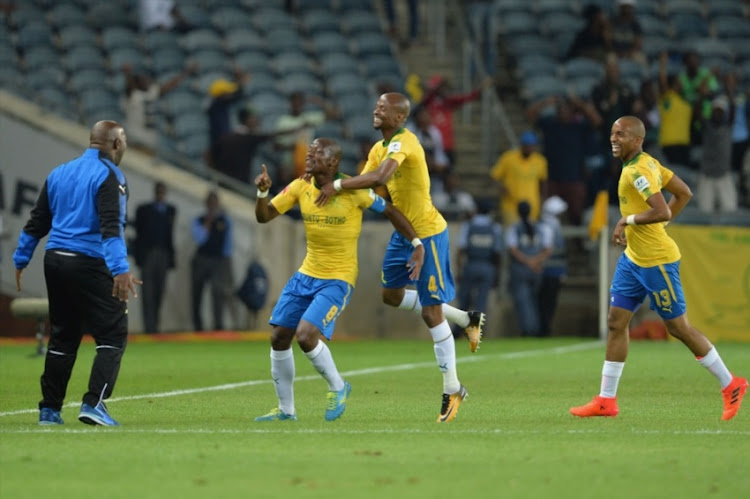 Mamelodi Sundowns coach Pitso Mosimane has backed his charges to give Barcelona a run for their money when they meet at FNB tonight (6.15pm).

The Spanish giants arrived in SA this morning to play the Brazilians in a match that is part of the Nelson Mandela Centenary celebrations.

Barca are expected to take it easy, with their coach Ernesto Valverde confirming that his star man, Lionel Messi, will play 45 minutes at most.

Mosimane, though, is still expecting the five-time Uefa Champions League winners to show their quality.

In turn, he will be looking to his players to make it a competitive game for the 80000 fans expected tonight.

"Maybe we can rise to the occasion and give them a scare, but I must be honest with you, I'm so excited for the game. I'm so happy to download the [Barca] games, show my players how they play," Mosimane said.

"[Andres] Iniesta does this and [Jordi] Alba always overlaps on the left side and it's a cut-back to Messi and Messi scores. It's a typical Barca game ... the tiki-taka."

The former Bafana Bafana mentor said it would be "unbelievable" if Sundowns were to win, but he would just be happy to see the likes of Percy Tau take on Gerard Pique.

"If you measure them on speed, Percy will always come out [on top], but on experience Pique will come out, you know what I'm trying to say. So football is not about who's quicker; it's not a race. It's not a 100m sprint where you know that one is faster and that one is going to win," he said.

Barcelona will fly out straight after the game.