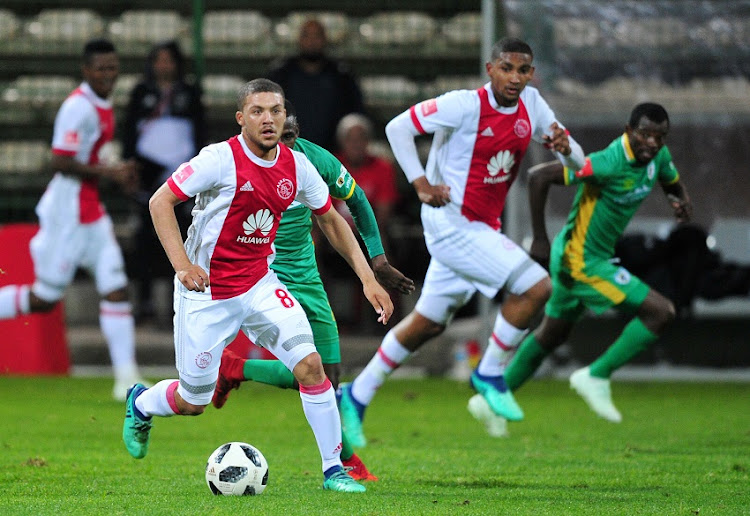 Judge Raylene Keightley has reserved judgment in the urgent application by Ajax Cape Town to have the Premier Soccer League Promotion/Relegation Play-Offs postponed.

Ajax are also seeking to have the ruling by arbiter William Mokhari SC reviewed after they were relegated to the National First Division after three of their fixtures this season were forfeited in favour of opponents.

The High Court did not hear the completed arguments in the matter before the kick-off of the first Play-Off game between Black Leopards and Platinum Stars on Wednesday afternoon‚ but Keightley will likely rule by Friday whether Sunday’s clash between Jomo Cosmos and Leopards will go ahead.

But the review of Mokhari’s finding‚ to which the PSL’s council Advocate Martin Kriegler said the league was not opposed‚ would take much longer‚ according to Keightley‚ possibly a further two weeks.

Ajax‚ through seasoned Advocate Norman Arendse‚ are arguing that the only organisation that has the proper authority to rule on the matter are FIFA as it is their regulations and the case involves clubs in two separate countries.

But the PSL and Platinum Stars‚ who are opposing the interdict‚ say that a delay in the Play-Offs will be a logistical nightmare‚ with the matches not able to be played during the World Cup as per FIFA regulations.

That would leave only a small window from mid to end-July‚ with the new season set to start on August 3‚ and the 16th side to compete in the Absa Premiership only likely to be known days ahead of the scheduled start.

Mokhari forfeited three matches‚ wins against Platinum Stars and SuperSport United‚ and a draw against Polokwane City‚ in favour of Ajax’s opponents as he ruled the club was the third that Zimbabwe striker Ndoro had played for this season‚ in contravention of FIFA regulations.

That left Ajax‚ who has been second bottom‚ in last place in the league with 24 points‚ elevating Stars from automatic relegation to the play-off position.

Ndoro has also played for Orlando Pirates and Saudi Arabian club Al-Faisaly in the 2017/18 season‚ but Ajax maintain there were extenuating circumstances‚ including that the player was not paid for some months by the Saudis.

They also claim they had a mandate from the PSL’s Dispute Resolution Chamber to play Ndoro after the body found in their favour‚ and stopped immediately when this ruling was overturned.