Musonda keen to take Leopards to the top 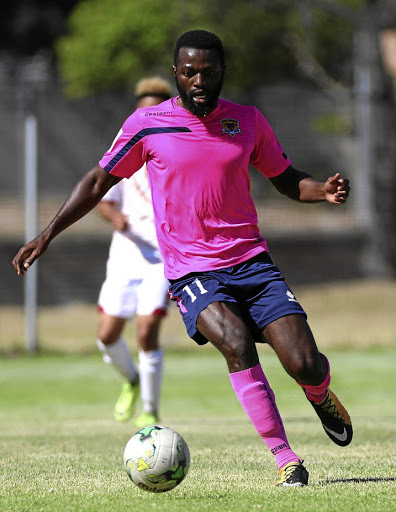 Musonda's dream, however, is to return to the top flight with Lidoda Duvha, who are in the promotion/relegation play-offs alongside Jomo Cosmos and Ajax Cape Town.

"My goal is to help Leopards win these play-offs. I know that some PSL teams may be interested in my services but I want to go with Leopards to the Premiership," said Musonda, who finished one goal behind NFD top scorer Peter Shalulile of Highlands Park.

"The people here [at Leopards] have been very good to me. I want to reward their faith by doing all I can to make sure we return to the Premiership. In the play-offs, the most important thing is to win all your home matches.''

The Zambian striker is no stranger to the Absa Premiership, having previously turned out for Lamontville Golden Arrows, where he made 18 appearances, scoring twice in the 2015/16 season. The 27-year-old also had an unsuccessful spell at Orlando Pirates.

"The NFD has helped me a lot in terms of regaining my confidence... Now it is time to show that I have improved, especially in this play-offs."