Doctor Khumalo ready to listen to his 'father' Kaizer Motaung 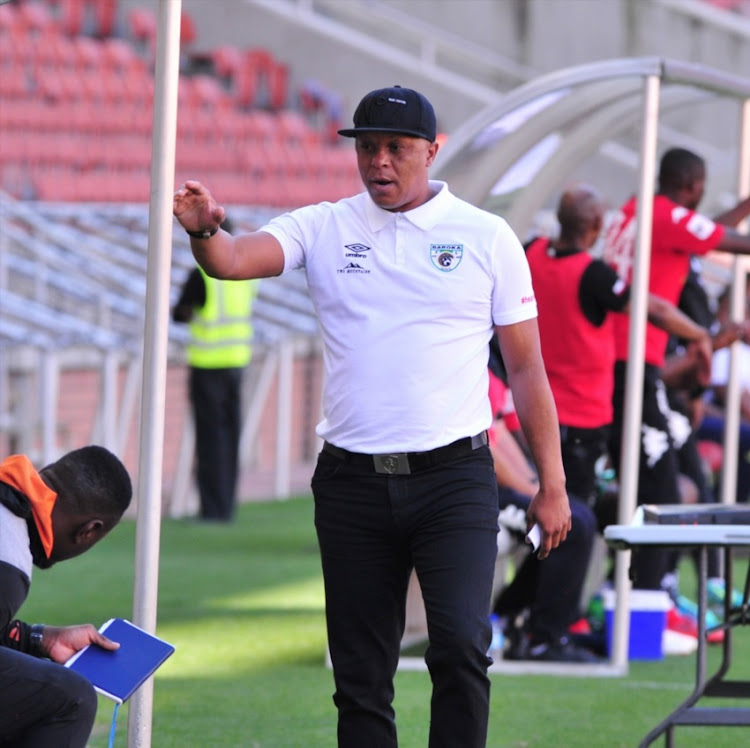 Doctor Khumalo has not ruled out the possibility of making a sensational return to Kaizer Chiefs if his 'father' Kaizer Motaung asks him to come back.

Insiders told Sunday Times a few days ago that the former Bafana Bafana midfield star is being lined up for a possible return to Chiefs to work as an assistant to the new coach that is to replace the sacked Steve Komphela.

Komphela parted ways with the club after failing to reach the Nedbank Cup final last month.

Speaking after Baroka FC survived the drop to the relegation-promotion play-offs despite a 1-0 loss to SuperSport United at Lucas Moripe Stadium on Saturday‚ Khumalo said he would listen should Motaung make the call. “From what I know‚ I am going back to being the technical director at Baroka after standing in for the final two matches of the season.

"I respect my job at Baroka‚” he said with a smile.

“(But) if Bra K calls me‚ he is my father‚ and I will go and listen to what he has to say.

"I can’t keep a blind eye because he gave me a platform.”

Asked to provide the reasons that led to Baroka needing to escape on the final day of the campaign‚ Khumalo said they lost form at the crucial stage of the season and they nearly paid for it.

“I don’t think we should say that something went wrong‚ sometimes teams go through these things where you lose form and don’t get the results‚” he said.

“It has happened to many teams and it’s not only Baroka.

"If you checked on the log‚ from number eight going down it was a rollercoaster ride on the last day.

"Even Sundowns who won the championship‚ at some stage they were finding it very difficult.

"It is not easy for any team in the league‚ it has been a tough season but we need to regroup and come back stronger and wiser next season‚” he added.

Khumalo‚ who was brought to coach the side for the last two matches against Bloemfontein Celtic and United where they got one point at home to Phunya Sele Sele‚ said he was aware that even a loss would be enough to survive as it proved.

“I knew that even if we lost here we could avoid the play-offs.

"But we wanted to win the game to be on the safe side and avoid complications.”