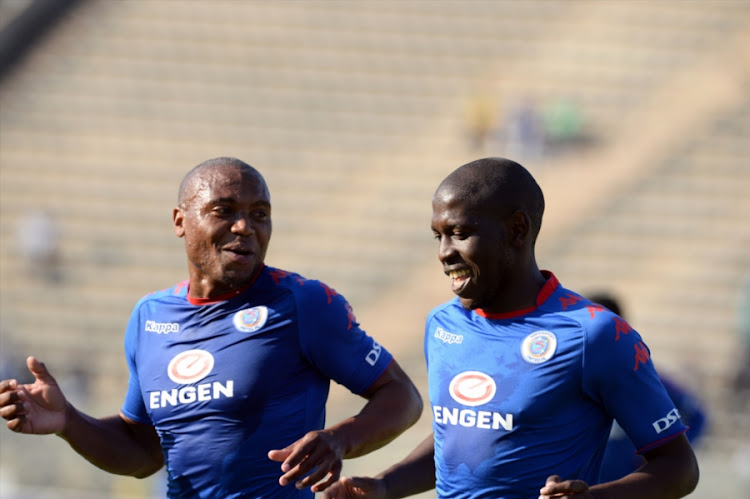 There were some anxious moments for SuperSport United, but they did what they were supposed to do to save this club from the ignominy of dropping to the dreaded play-offs and possible ultimate relegation from the PSL.

United beat Baroka FC 1-0, who despite defeat are safe, at Lucas Moripe Stadium on the tense final day of the campaign where the worst case scenario from the complicated permutations meant disaster for either team.

United went into this must win match sitting dangerously third from the bottom on the standings but Aubrey Modiba’s well-taken penalty after 25 minutes was enough to see them end on a respectable tenth spot with Polokwane City and Ajax Cape Town having failed to register maximum points.

It has been a topsy-turvy campaign for the former champions who fired former coach Eric Tinkler two months ago but caretaker Kaitano Tembo has done just enough to ensure that they remain a PSL club next season.

The search for the new coach is underway and it remains to be seen if Tembo has done enough to convince his bosses that he deserve a crack at the responsibility of leading this team on a full-time basis next season.

For Baroka, whose players celebrated wildly at the final whistle despite the result with knowledge that they will be playing PSL football again next season, they have a lot of work to do during the off-season in finding a coach.

The only goal of the match by attacking midfielder Modiba from the spot came after Baroka defender Matome Kgoetyane was judged by referee Victor Hlungwani to have hacked Mogakolodi Ngele down inside the box.

With a lot at stake, Modiba showed nerves of steel to put the ball beyond reach of Baroka goalkeeper Ayanda Dlamini which turned out to be the winner.

Five minutes before the break, United could have increased their lead but an inviting opportunity was wasted after Zimbabwean international striker Evans Rusike blasted his shot wide off the target inside the box with only Dlamini to beat.

The visitors also had their chances on the attack but they lacked good ideas when they arrived in the United danger to bring themselves in the game with the main culprits being Robin Ngalande, Sipho Moeti and Hassan Banda.

Barely a minute into the second half, United players shouted for another penalty but Hlungwani was not convinced as he waved play-on after veteran midfielder Reneilwe Letsholonyane went down in the danger area.

Chances were created by both sides for the rest of the second half but there was no other goal to celebrate as United ended their season sitting 11th while Baroka survived by the skin of their teeth on 14th position.