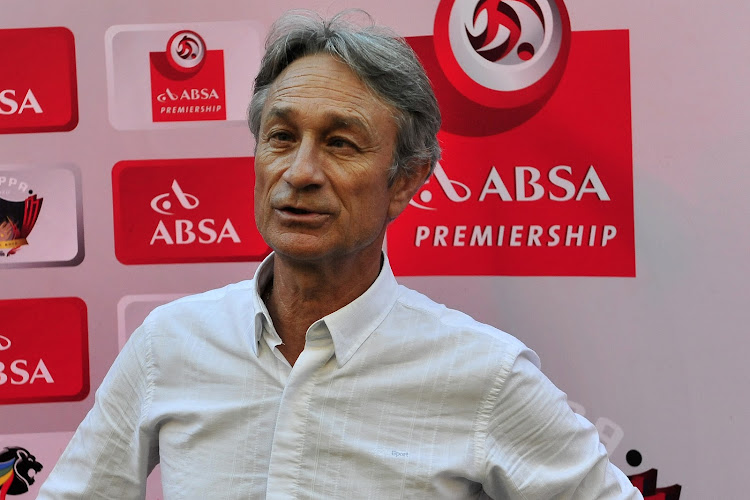 Ajax Cape Town coach Muhsin Ertugral will be in the opposing dugout against the club he has previously coached for a 14th time when his side meet Kaizer Chiefs on Saturday in their must win game.

The Turkish-born coach will take a losing record against his old employers into the vital Absa Premiership clash at Cape Town Stadium‚ with four defeats‚ three victories and six draws in his 13 previous games against Amakhosi.

Ertugral has faced off against Chiefs – who he coached in two separate spells – during his stints at Santos‚ Ajax Cape Town (where he served on four different occasions)‚ Lamontville Golden Arrows‚ Mpumalanga Black Aces and Orlando Pirates.

His first game against Chiefs came in 2003‚ just two months after he had been fired by Kaizer Motaung‚ during a short stint at Cape club Santos and it ended goalless.

In his second stint with Ajax he won for the first time against Chiefs through Dipsy Selolwane’s penalty in the first leg of the MTN8 semifinal in Cape Town‚ which was followed by a thrilling 3-3 draw in the return leg in Johannesburg a week later.

But Ertugral then suddenly departed Ajax for a job in Turkey before the MTN8 final against Arrows.

A first game back for a third spell with the Cape Town club came in May two years ago when Ajax face the real possibility of relegation.

Ertugral was parachuted in to try and save the club and faced Chiefs in his first match‚ winning 3-1 with two goals from Lebogang Manyama and one from Mabhuti Khenyeza‚ with whom he later fell out.

Having staved off relegation‚ the next season Ertugral was in charge of a 1-0 home victory in which Tashreeq Morris scored on debut.

But the coach left Ajax soon after when his uncle died and he had to go to Turkey to wrap up the estate.

Ertugral returned to the Premier Soccer League arena in 2015 as the new coach of Aces but lost twice to Chiefs (once in cup competition) and drew the other game.

His brief stint at Pirates in 2016 also saw one derby for Ertugral in charge of Bucs‚ which ended goalless.

A week later Pirates conceded six goals to SuperSport United in Nelspruit and Ertugral quit on the spot.

He returned to Ajax in December‚ replacing Stanley Menzo‚ whose last game in charge was a defeat to Chiefs in Johannesburg.

Ertugral had two separate stints in charge at Chiefs from 1999 to late 2002‚ when he was fired and replaced by the duo of Doctor Khumalo and Ace Khuse but not before he had won three successive cups with the clubs‚ including the now-defunct African Cup Winners’ Cup‚ whose trophy had been named after Nelson Mandela.

He was back at Naturena for two more seasons from 2007 to 2009 and‚ although a regular cup winner with the club‚ was never able to deliver the league title.

Ajax must beat Chiefs in their last game of the season on Saturday to avoid finishing second-from-bottom and being forced to play in the end of season promotion-relegation playoffs.

Mamelodi Sundowns coach Pitso Mosimane‚ who on Wednesday snared the Premier Soccer League coach of the month for April‚ says the criteria used to ...
Sport
4 years ago

In a dramatic twist to the on-going saga around Tendai Ndoro‚ the Premier Soccer League (PSL) are demanding that Ajax Cape Town agree to an ...
Sport
4 years ago
Next Article