Kaitano Tembo in line to be SuperSport coach 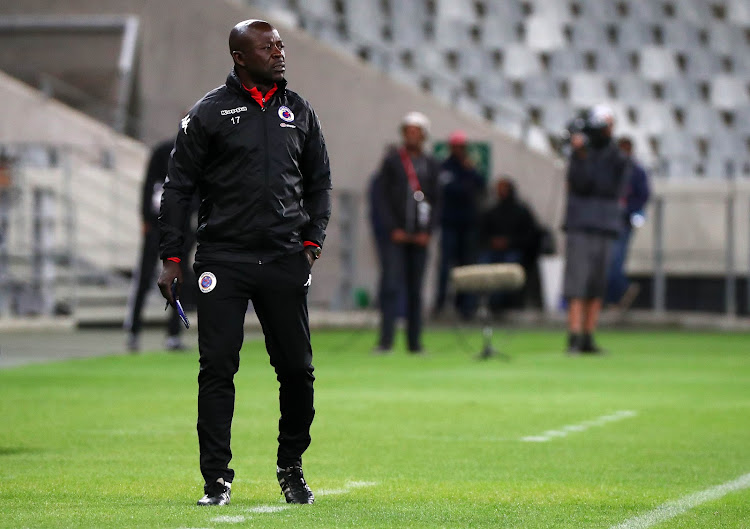 SuperSport United caretaker coach Kaitano Tembo will be considered if he wants the job on a full-time basis, the club's CEO confirmed on May 10 2018.
Image: Chris Ricco/BackpagePix

SuperSport United caretaker coach Kaitano Tembo will be considered for the full-time job next season.

United chief executive Stan Matthews said the former club defender‚ who took over the reigns after the departure of Eric Tinkler two months ago‚ will be in the frame when they decide who is going to take over on a full-time basis.

“It will be up to him to indicate to us whether he is interested in the job on a full-time basis going forward so that we can look at him when we go through the processes.

“I know him very well‚ he has been a loyal servant of this club for many years as a player and coach and if he is interested he will definitely be looked at‚” Matthews said.

The SuperSport CEO said the club will only start interrogating the coaching situation after the last match of the season against Baroka FC at Lucas Moripe Stadium where they have to win to avoid dropping into the dreaded playoffs.

“We want the Saturday game to come and go and we will start making plans for next season. Next week we will have a board meeting where the issue of the coach for next season and others are going to be on the agenda‚” he said.

“Having said that‚ I don’t think there are going to be many changes at the club because we have the core of the team.

“It is going to be important to have a coach in place as soon as possible so that he will be part of the planning in terms of player recruitment and preparation of the preseason.”

Matthews said United find themselves in this undesirable situation largely because of the two coaching changes over the past two seasons where they parted ways with Stuart Baxter to Bafana Bafana and Tinkler‚ who quit after a string of poor results.

“We are in this situation because I signed players for Stuart Baxter and he left‚ I went on to sign players for Eric Tinkler and he has left‚” the CEO said.

“It is important to finalise this issue of the coach quickly after our game against Baroka so that we have a clear picture of what is happening going forward.”

Mamelodi Sundowns coach Pitso Mosimane‚ who on Wednesday snared the Premier Soccer League coach of the month for April‚ says the criteria used to ...
Sport
3 years ago

In a dramatic twist to the on-going saga around Tendai Ndoro‚ the Premier Soccer League (PSL) are demanding that Ajax Cape Town agree to an ...
Sport
3 years ago
Next Article