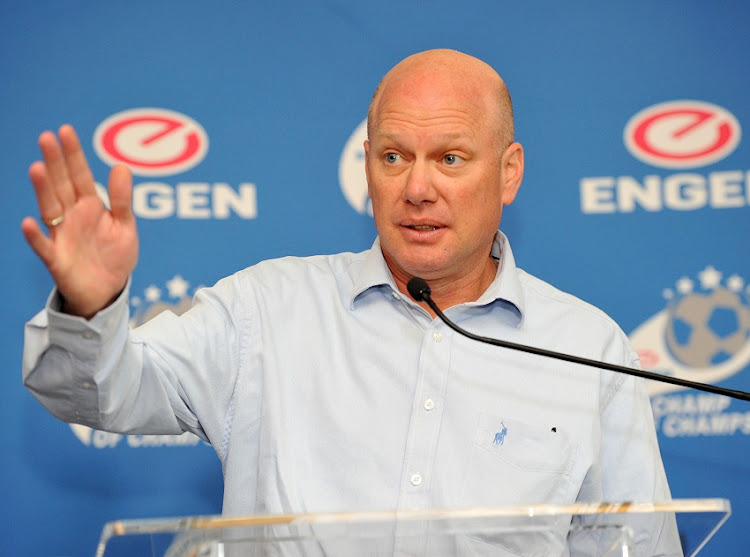 SuperSport United boss Stan Matthews is bracing himself for a nerve-racking afternoon at Lucas Moripe Stadium on Saturday when the club hosts Baroka FC in a must-win final match of the season that could have far-reaching consequences for the Pretoria side.

United face the grim possibility of dropping to the dreaded relegation-promotion play-off position if they fail to beat fellow strugglers Baroka at Lucas Moripe Stadium and other results don’t go their way‚ including Ajax Cape Town beating Kaizer Chiefs on the same day in the Mother City.

Faced with this potentially dangerous situation that could lead to ultimate relegation to the National First Division (NFD)‚ Matthews admitted that they are fighting for their lives and must win at all cost to save the team.

“There is no doubt that this is the biggest game of our lives and there can be no second chances‚" Matthews said.

"We simply have to win at all costs.

"I have been in this game for 18 years and this is the most dire situation I have been confronted with at this club.” United drew with Chippa United and Orlando Pirates in their last three matches before pulling a stunning 3-2 win over Free Stars.

Matthews said those results show that they have it in them to fight.

“Over the last few matches‚ the boys have fought very hard for this club and I am hopeful that they will be up for the fight at the weekend‚" he said.

"We have it in us to grind out results and all the players understand that this is a dire situation that we must get out of.”

According to the complicated permutations‚ SuperSport may have to get all the three points against Baroka to be safe because if they draw and Ajax beat Chiefs‚ then they will drop to 15th place on goal-difference.

On the flip side‚ victory with a good margin could see SuperSport finish in the top eight but for the unlikely possibly to happen they require four other results to go their way.

Helping the team to avoid the play-offs would be a feather in the cap for caretaker coach Kaitano Tembo who took over the team in March after Stuart Baxter joined Bafana Bafana.

Baroka are not going to be easy opponents to negotiate around as they are also in danger of dropping to the play-offs for the second season in succession following their lucky escape last year after they finished second from the bottom.

Should Ajax beat Chiefs and Baroka lose to SuperSport United‚ the Urban Warriors would overhaul Doctor Khumalo’s side on goal-difference. They would hope that Polokwane City do not get anything from Chippa.

If Polokwane City get a point or more from their match against Chippa‚ then Baroka would drop to the play-offs. But a point in Atteridgeville for Baroka would ensure safety for them and three points would see them qualify for the top eight if other results go their way.