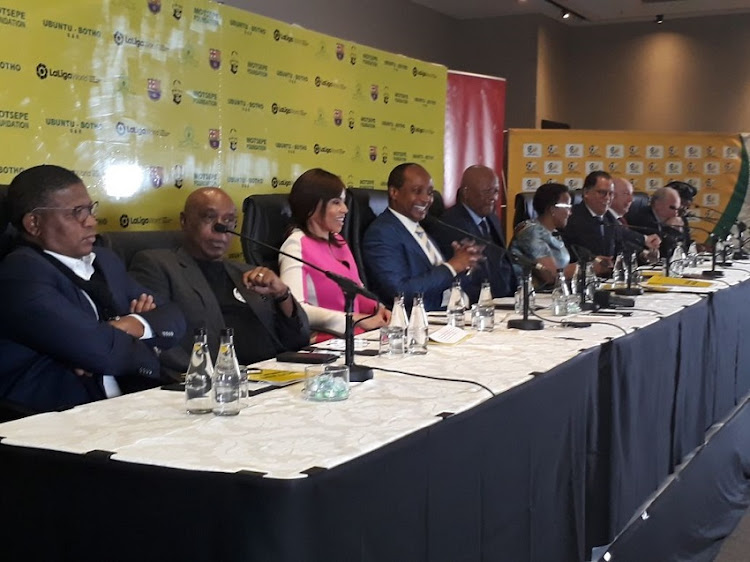 The much-talked about friendly match between Mamelodi Sundowns and Barcelona was announced as being officially going ahead in a heavy-hitting press conference at Sandton Convention Centre on Thursday.

The announcement of the match between the newly-crowned Premier Soccer League champions Sundowns and new La Liga champions Barcelona was made by Downs president Patrice Motsepe.

Motsepe was flanked by a heavy-hitting panel in an announcement that attracted an array of top figures in football administration and government.

The match was confirmed for FNB Stadium at 6pm on Wednesday‚ May 16.

The expected high-profile friendly between Sundowns and Barcelona will benefit the Brazilians in their quest for continental supremacy.
Sport
4 years ago

Mamelodi Sundowns may have jumped the gun by announcing they will take on Spanish giants Barcelona in an exhibition match next week.
Sport
4 years ago

Mamelodi Sundowns have asked‚ and are likely to be granted‚ a postponement of their next African Champions League tie in order to play against ...
Sport
4 years ago
Next Article