Platinum Stars may move away from Phokeng 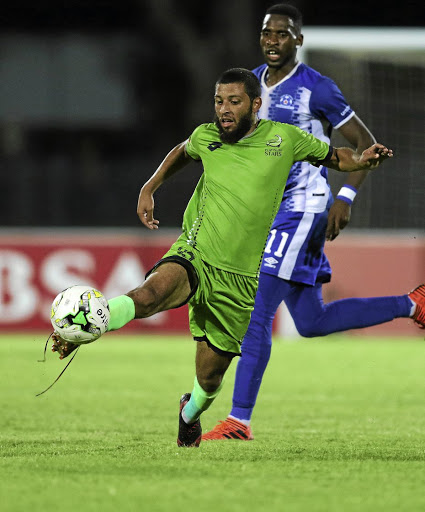 Relegated Platinum Stars could relocate from Rustenburg when they campaign in the National First Division (NFD) next season.

Stars coach Roger de Sa, who is also part of the consortium that bought the Phokeng-based outfit for R22.5-million from Royal Bafokeng Holdings in February, admitted yesterday the club was likely to change its base next season.

"At the moment we are not sure about where we will be based from next season because we have to weigh up our options. But we might be moving away from Phokeng," De Sa told Sowetan.

"One of the factors that might force us to relocate is that we [the consortium] do not own the facilities and the Royal Bafokeng Stadium. It would cost us to continue using all those things. There are a lot of loose ends that need to be tied up before we commit. We might make the final call after our last game [against Bidvest Wits at home this Saturday at 3pm]."

Saturday's match at Royal Bafokeng Stadium could serve as a farewell to Phokeng.

"We want to go down with a fighting spirit and good attitude by giving our best in our last match. The players have been very good at training," said De Sa.

"We will continue to honour the game and respect our opposition. We would like to fight back as quick as possible but we know that the NFD is not easy."

It's the first time they've been relegated in 15 years.

The Dikwena mentor also revealed the players they had loaned from other clubs will return to their parent clubs after the closing game against Wits. The likes of Ayanda Gcaba and Riyaad Norodien will return to Orlando Pirates, while Gerald Phiri jnr will go back to the Clever Boys.