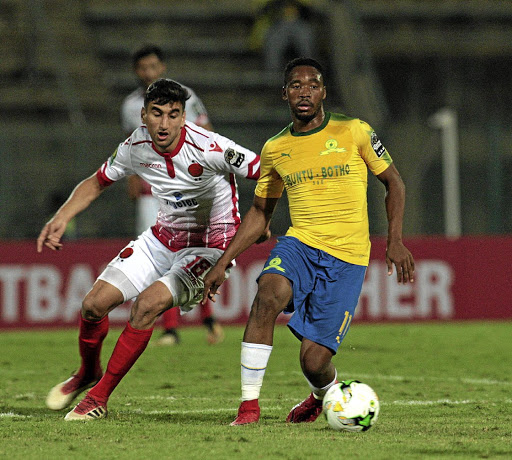 Mamelodi Sundowns may have jumped the gun by announcing they will take on Spanish giants Barcelona in an exhibition match next week.

Sundowns are waiting on CAF to reschedule their fix Champions League fixture against Horoya AC to pave the way for the Barca match.

There was still no listing of the La Liga champions playing Sundowns on Barca's official site yesterday.

And this was two days after Brazilians owner Patrice Motsepe had announced the high-profile friendly on Friday.

Sundowns are scheduled to play Horoya in a Champions League group C match in Guinea on May 15. This is while the clash against Barca has been earmarked for May 16 at the FNB Stadium.

After Sundowns' 1-1 draw with Wydad Casablanca in their opening Champions League group opener on Saturday, coach Pitso Mosimane sounded uncertain on what was coming for his team next week.

"Whether the game on Tuesday [against Horoya] is there or not is on the edge. Probably the game will be postponed to next Wednesday and if it is, it gives an opportunity to respect football and try to play a prepared team," Mosimane said after Saturday's match at Lucas Moripe Stadium.

"But if the friendly game is there also on Wednesday [against Barca] you got to manage the team's legs."

Barca will face Levante next Sunday before concluding their league campaign against Real Sociedad on May 20.

Apart from these fixtures, their website lists the International Champions Cup (July 28 to August 4) in their off-season .

Attempts to get Sundowns to comment if there were any developments, drew a blank as spokesperson Thulani Thuswa was not availabe.

Meanwhile, Mosimane believed they managed to do well against Wyda's threat.

Sibusiso Vilakazi shot forced an own goal by Badr Gaddarine in the third minute.

Mosimane hinted he would rest his key players for the encounter against Bloemfontein Celtic at the Dr Molemela Stadium on Saturday.