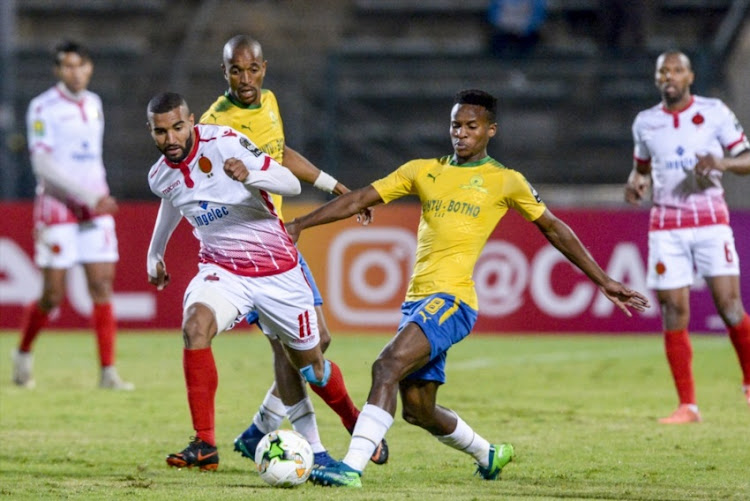 Wydad Casablanca were more than satisfied to take a point off a "very good team" like Mamelodi Sundowns in their 1-1 Caf Champions League draw at Lucas Moripe Stadium on Saturday night‚ their assistant-coach said.

Wydad‚ the 2017 champions‚ and Sundowns‚ the winners in 2017‚ began their Group C campaign of the 2018 Champions League in a clash of heavyweights that ended in stalemate in Atteridgeville.

The Moroccan giants‚ who eliminated Sundowns on penalties in the quarterfinals last year on their way to winning the competition‚ were pleased to take a point out of Pretoria‚ their assistant-coach‚ Youssef Achami‚ said.

"It was a very tough game. We all know that Mamelodi Sundowns are a very good team‚ a very technical team. So it would not be easy‚" he said.

"This was the first match of the group stages. Coming here we knew it would not be easy.

"But we are the champions and we have the Caf Champions League trophy.

"So we came here to get a result‚ and we have achieved this good result for us against a very good team‚ who play very good football‚ and this made the opposition very tough tonight."

The Moroccan club sent assistant Achami to the post-match press conference‚ saying that their head coach‚ the 68-year-old and hugely experienced Faouzi Benzarti‚ was "sick".

However‚ Benzarti had stood on the touchline for the 90 minutes of his side's 1-1 draw‚ so his absence from the briefing was somewhat mystifying.

Downs took the lead when Badr Gaddarine turned Sibusiso Vilakazi's cross into his own net for a second-minute own goal.

Wydad equalised when Ismail El Haddad headed a 20th-minute equaliser after a Tebogo Langerman defensive error‚ Downs' left-back stopping playing as he incorrectly believed the ball had gone behind the goalline for a corner.