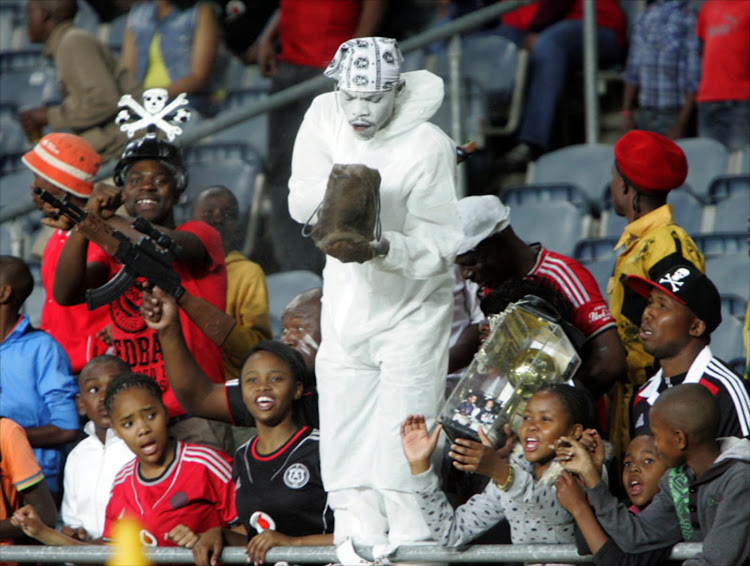 Orlando Pirates’ supporters are among the most demanding in Africa and the world‚ coach Milutin Sredojevic has said‚ though they also recognise hard and good work‚ he added.

As Pirates made a welcome return to continental club football by guaranteeing second place in the Absa Premiership with their 4-0 thrashing of Bidvest Wits on Wednesday night‚ Sredojevic thanked his technical team.

He said his support staff have carried out their jobs as if they are Buccaneers' supporters.

But the coach said the biggest factor in Bucs turning around their 2016-17 season horribilus 11th-placed finish was Pirates’ real supporters‚ or “the Ghost”‚ as they are known.

The Buccaneers still have an outside chance of winning the PSL as they face Cape Town City at Cape Town Stadium on Saturday with a four-point deficit behind leaders Mamelodi Sundowns‚ who meet Ajax Cape Town at Lucas Moripe Stadium.

Orlando Pirates made their trademark crossing of the wrists sign to empty stands ahead of beating Bidvest Wits in the Absa Premiership‚ coach Milutin ...
Sport
4 years ago

“Working here we are supporters. And we feel the vibe of supporters. And this is something uniting us to push in the same direction‚” Sredojevic said of his technical staff.

“You cannot fool them. When you give your best they always recognise it.

“And as such I could not forget our spiritual owners. Our supporters have been the season injective [sic] factor that has pushed us to our best.

“We are still far from what we are supposed to be. But very happy regarding the road we have taken.”

Pirates return to a Cape Town Stadium that has not been a happy hunting ground this season.

They lost 3-0 there against Ajax in the league in January‚ and 1-0 against City in the Nedbank Cup last-16 in March.

“Cape Town City were supposed to be a contender for the top of the table. Unfortunately results have not gone their way‚” Sredojevic said of his sixth-placed opponents.

“I have the highest respect for coach Benni [McCarthy] and his team. We shall clash on Saturday and it is very hard to play against that team from all aspects.

“We are planning for anything possible‚ and for any [factor] possible within fair play that went their way last time‚ to go our way this time.”

A look at the permutations for each of the 16 top flight clubs with two games each left in the season – and still much to be decided.
Sport
4 years ago

Pirates being back in the Champions League is normal‚ says Sredojevic

Orlando Pirates being back in the Caf Champions League should be “normal”‚ Buccaneers coach Milutin Sredojevic has said.
Sport
4 years ago

SuperSport United lives to fight for another day in their battle to avoid the dreaded play-offs.
Sport
4 years ago
Next Article