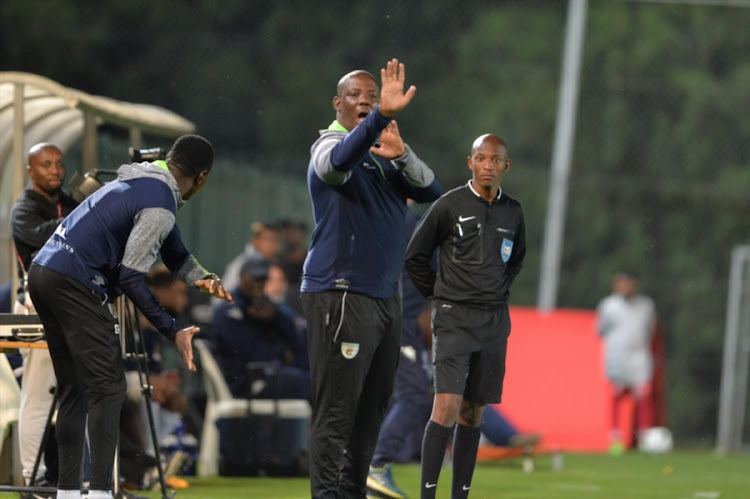 Baroka FC coach McDonald Makhubedu has warned his players they could still be sucked down into the Absa Premiership’s relegation zone if they do not win at home against Bloemfontein Celtic on Saturday.

Their last-gasp defeat at Ajax Cape Town on Tuesday means Baroka have won just one of their previous 11 league games and are just four points above the drop zone.

They sit in 10th spot after Tuesday’s matches with 33 points.

Baroka finish their campaign away on May 12 against SuperSport United‚ who are also battling against the drop.

Makhubedu said Saturday’s game against Celtic would be key to their survival as it is their last home game of the season.

“The weekend’s game has now become a must-win‚" he said.

"We need to kill it off because if we don’t win against Celtic‚ then we start to depend on other results.

“It is up to us to kill off any danger because playing against SuperSport is tricky.

"They are a club who can snap back into form any time. They have a very good squad.

“I’ve warned my players we could get sucked down there (into the relegation zone) and things are now getting much tougher for us. I will need to work on the mentality of my players.”

Baroka‚ who have the worst defensive record in the league after conceding 35 goals in 28 games‚ can ironically still also qualify for the top eight with wins in their last two encounters.

Makhubedu felt that his side were unlucky to come away from Cape Town empty-handed but admitted they were overwhelmed near the end when Ajax threw everything they could at them and finally broke the deadlock four minutes into stoppage time.

“We cracked in the last 10 minutes‚” the Baroka boss added.

The Premier Soccer League (PSL) has taken swift action and charged Kaizer Chiefs for bringing the League into disrepute and misconduct following the ...
Sport
3 years ago

Premier Soccer League (PSL) chairman Irvin Khoza says poor planning by police is partly to blame for the violence scenes that erupted at Moses ...
Sport
3 years ago
Next Article