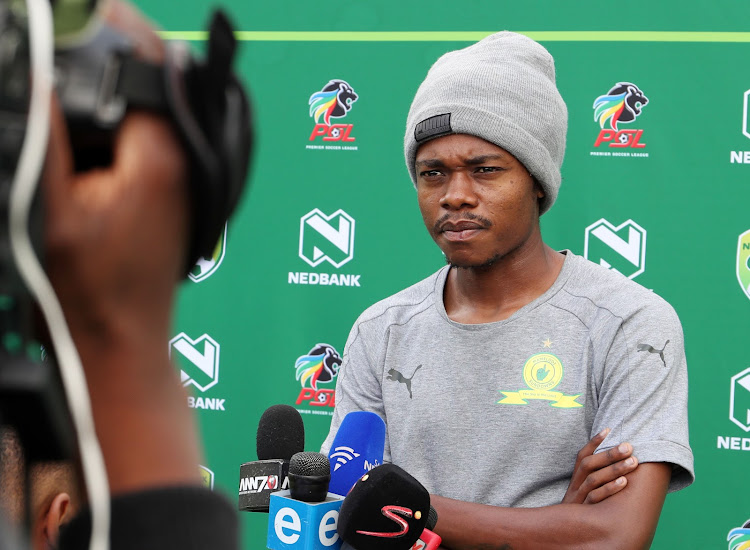 Percy Tau hopes one day to make El Hadji Diouf proud by turning out for a big European club‚ the Mamelodi Sundowns star has said.

Former Liverpool striker Diouf this week had the highest praise for the brightest attacking talent to emerge from South Africa since Benni McCarthy and Sibusiso Zuma.

Senegal’s 2002 World Cup star said Tau was better than the current Liverpool forward duo of Egyptian Mohamed Salah and Diouf’s countryman Sadio Mane‚ and could play for any club in the world.

On Thursday Tau confirmed that Diouf had said these things to the 23-year-old emerging talent when the Downs man was in Dakar in November on World Cup qualifier duty for Bafana Bafana.

“Look‚ I spoke to Diouf in Senegal. And he expressed his views on my game‚ and what he feels‚” Tau said on Thursday ahead of their Nedbank Cup semifinal against Maritzburg United at Harry Gwala Stadium on Sunday.

“So I wasn’t surprised by what he said [this week].

“It only shows the good work that I and Sundowns do. And also how the coaches are helping us develop as players because we can easily be compared to European players.

“But then that’s always going to be the thing. Whenever you mention a certain [African] player people are going to be looking for comparisons there.

“Sometimes it’s just to give the player confidence and to show him that he’s actually doing more.”

Diouf said he had also asked Tau why he was still playing in the Premier Soccer League.

“I don’t know. The future will always reveal itself. I will see with time‚” Tau said in response to that comment.

“But we’ll always see with time. Even if I don’t get to play overseas.

Tau is currently the PSL’s joint-top scorer‚ but has been at pains to play down talk of being the league’s Player of the Season and of moving to Europe as he concentrates on his game.

Salah is the English Premier League’s top scorer at present with 30 goals‚ and he and Mane have been instrumental in the Reds’ run to the Uefa Champions League semifinals.