R500,000 per game bill forces Sundowns to move out of Loftus Versfeld 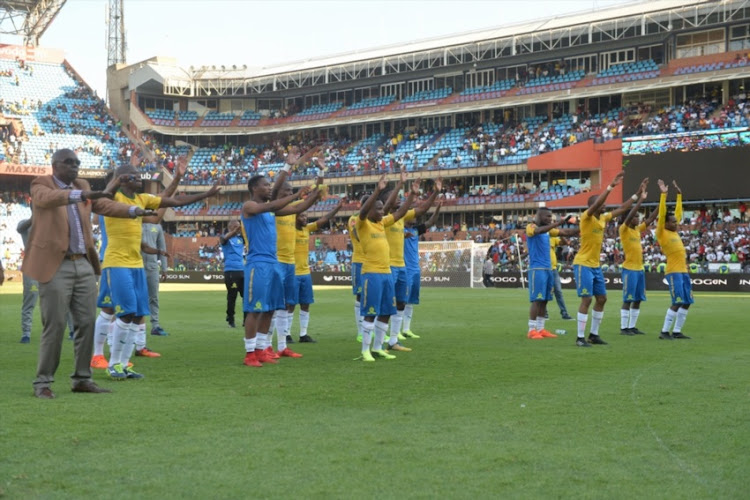 Mamelodi Sundowns will be playing all their African Champions League games in Atteridgeville even if Loftus Versfeld in Pretoria is their preferred home venue.

Coach Pitso Mosimane has made no bones about his preference for playing at the rugby home of the Bulls‚ but has no choice but to move when it comes for the upcoming group matches of the Champions League.

The club will save themselves R500 000 per game by going to Atteridgeville.

That is the cost to cover all the stark red Vodacom branding at Loftus.

Vodacom are hereditary sponsors of the Bulls‚ who own the ground‚ but for the Champions League‚ the Confederation of African Football (Caf) require that all existing advertising boards in stadia for their matches are covered.

At Loftus‚ there is Vodacom branding not only around the perimeter of the pitch but on every different tier of the stands.

Sundowns had to cover the advertising previously when they hosted the Super Cup last year against TP Mazembe Englebert and paid a fortune to cover the boards in a black cladding.

CAF competitions are sponsored by Orange‚ the French mobile operator with extensive interests in Africa‚ who are obviously in competition with Vodacom.

Sundowns begin their group campaign on Saturday‚ May 5 at home to holders Wydad Casablanca with a 9pm kick off time.

It is a clash between the 2016 and 2017 victors of the top club prize on the continent.