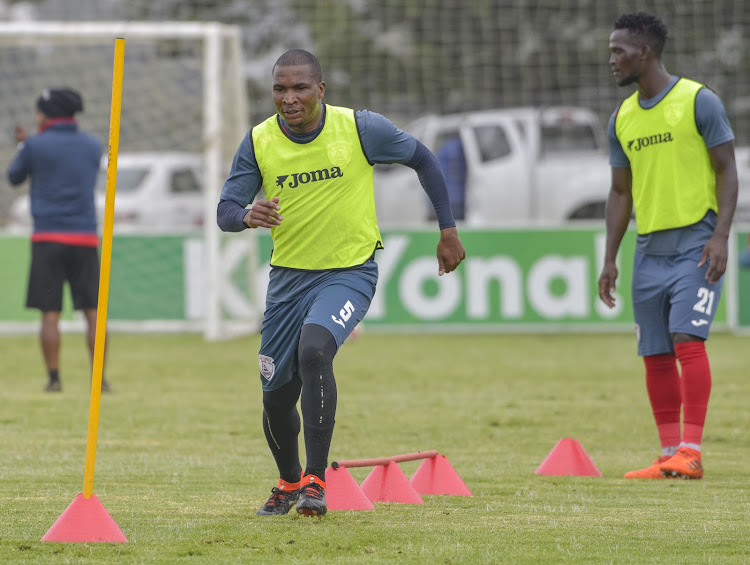 Free State Stars' senior players need to manage the nerves of the team's youngsters in Saturday's Nedbank Cup semifinal against Kaizer Chiefs at Moses Mabhida Stadium or it will be 'game over'‚ Stars' veteran captain Paulus Masehe has said.

Masehe is currently the Premier Soccer League's embodiment of a warhorse‚ the 34-year-old defensive midfielder having joined a select group of players to have gone past 300 starts this season.

He said he wanted to rectify Stars' record of going out at the semifinal stage four times in the Nedbank Cup.

Masehe said he learned the valuable lesson from one of those semifinals‚ lost 4-2 against Orlando Pirates at Stars' home ground at Goble Park in Bethlehem two years ago‚ that young players can freeze at that stage of a competition against big-name opposition.

"The last semifinal we played against Pirates was very painful because we were playing at home and we thought that we were going to be able to go through to the final‚" Stars' skipper said.

"But if you have youngsters in your team sometimes the stage can be too big for them. That's the experience that I got from that semifinal.

"We have to control the nerve situation with the young players because sometimes they allow their nerves to get way over them and then they can't perform‚ they're making stupid mistakes.

"You just have to control that. As for motivation and confidence‚ if you can't perform on the big stage that it's going to be on Saturday then there's nowhere else in the world‚ as a soccer player‚ where you can perform.

"You just have to control those youngsters' nerves‚ for them to be able to remain composed. And let them know that it's allowed‚ make mistakes‚ don't put your head down if you make those mistakes.

"Because once you put your head down against Kaizer Chiefs with that big crowd at Mabhida‚ the game is going to swallow you."

Masehe‚ who starred for Mamelodi Sundowns as a striker in his younger days‚ is among a group of players at Stars with cup final experience‚ including on the continent‚ along with former Pirates defenders Rooi Mahamutsa and Patrick Phungwayo.