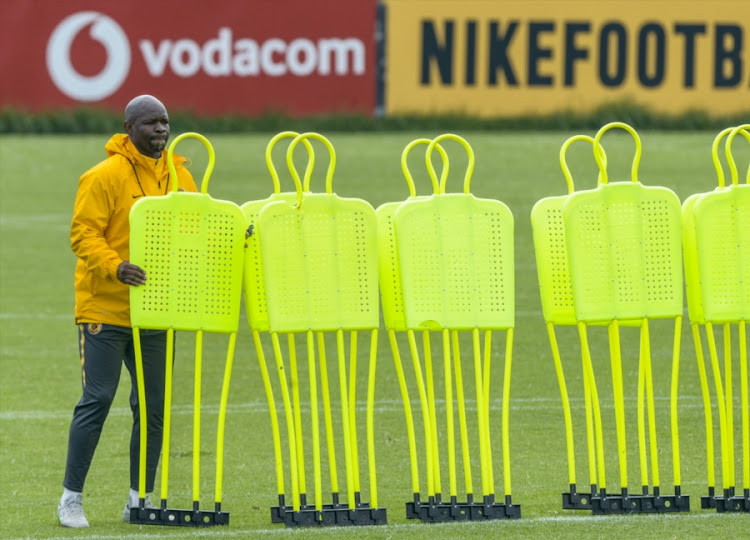 After three years of toil and a painful rebuilding process‚ Kaizer Chiefs coach Steve Komphela believes his side are finally at the “performing stage”‚ and winning the Nedbank Cup would be a confirmation of that.

Komphela is past the suggestion that winning the Nedbank‚ where Chiefs meet Free State Stars in Saturday's semifinal at Moses Mabhida Stadium‚ might save his job.

Instead he selflessly – as has been his tune as Amakhosi coach – stressed that his objective is‚ and has always been‚ success for Chiefs‚ even if it comes once he has been succeeded by someone else.

But clearly Komphela would love the Nedbank. For Chiefs‚ and their supporters.

For himself‚ as reward after two-and-a-half trophyless years for the work he has put in rebuilding a squad that when he arrived needed a flamethrower taken to it.

And simply as confirmation that Komphela has‚ finally‚ turned Chiefs into a competitive outfit‚ even if that endeavor might have been finalised too late to preserve his continued presence at Naturena‚ where his contract is up for renewal in June.

“I strongly believe‚ not as redemption per se‚ but you need to give confidence to the players and everyone who has been working on the project that … ‚” Komphela said‚ tailing off‚ perhaps afraid to say that his ‘project’ had ‘yielded results’ for fear of a backlash.

“The first year was when we explained the development stages of any team. We said that in any team formulation there is a ‘forming stage’. We have gone past that.

“After the forming stage there is a ‘storming stage’‚ where there are dynamics in terms of those coming in and those likely to go out. After the storm‚ then it’s a ‘norming [normalising] stage’.

“We have gone past the forming‚ the storming and the norming. I think Chiefs is at the ‘performing stage’ now.

“And getting results or winning trophies will be a positive reinforcement to the players.

“And then‚ after the performing stage‚ it’s excelling‚ and then adjournment‚ when the team comes to an end.

“So all we are trying to do is to go through these stages. And at the end of this team formulation‚ when it reaches adjournment‚ then we would say‚ ‘What then?’.

“When the generation that we are sitting on comes to an end then you are looking for the long-term plan you had where then the kids who come from the development kick in.

“So you have an immediate‚ short and medium-term plan for Chiefs. That’s where we are.

“So winning a trophy should be more of a reinforcement than a redemption.”

While Komphela has built a team that should bring success in the future‚ his personal performance‚ even if he wins the Nedbank‚ might not have been enough to convince the club he is the man to take that side forward and win trophies with it.

Certainly‚ for one‚ his retention past the end of this season would surely see a rebellion in the stands and that alone would prejudice the coach’s chances of success going forward.

Revealingly‚ while bemoaning the lack of patience of South Africans‚ and even of a culture of immediacy at present worldwide‚ Komphela‚ asked about his concern about possibly leaving behind an unfinished project‚ said: “No‚ no‚ no. I’m a man of process.

"And a process has got a whole lot of challenges‚ but success is sweet.”

Kaizer Chiefs have been charged by the Premier Soccer League (PSL) for the fan unruliness that followed their 3-0 defeat against Chippa United at FNB ...
Sport
4 years ago
Next Article