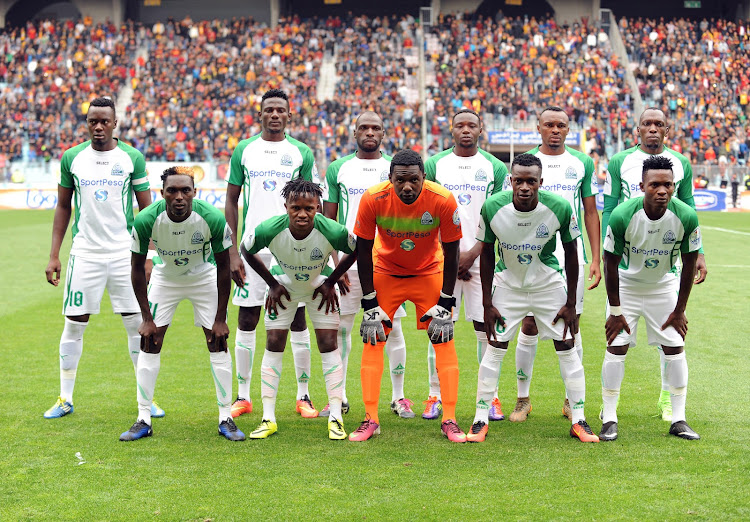 Gor Mahia’s trip to South Africa to face SuperSport United in their African Confederation Cup second round fixture on Wednesday has been thrown into chaos with no funds for air tickets‚ players being denied visas and others in contractual dispute with the Kenyan club.

Gor Mahia lead 1-0 from the first leg in Nairobi and are scheduled to face SuperSport on Wednesday night in Pretoria‚ but could not fly out on Monday as they had planned due to various factors.

They are due to now travel on Tuesday afternoon‚ giving them little chance to train ahead of the game‚ after they were finally able to secure funds for their air tickets having waited on an unresponsive Kenyan government to bail them out.

The club will at this stage travel without five key players though‚ three of who were denied visas to enter South Africa by the embassy in Nairobi.

Rwandan Jacques Tuyisenge and Ivorian Ephram Guikan‚ both strikers‚ will sit out the clash having failed to provide the required work permits‚ while Kenya international midfielder Francis Kahata may also not make the trip after he did not have two pages clear in his passport‚ a requirement for travel.

Adding to the Kenyans’ woes‚ they will still be without experienced defender Godfrey Walusimbi‚ with the Ugandan at odds with the club over his contract‚ while midfielder Ernest Wendo is suspended.

It all makes for shambolic build-up to the game for the East African side‚ who will just be relieved to make it into the country ahead of the tie.

It will be the first time in 25 years that the Kenyans have travelled to South Africa for a continental fixture.

They also met Hellenic in the 1993 CAF Cup‚ losing 3-1 in Cape Town‚ but claiming a 2-0 home success that saw them advance on the away goals rule.

The winner of this tie will advance to the pool stages of the competition that start next month.

SuperSport coach Kaitano Tembo has already said he will field a young side again‚ just as he did in the first leg‚ with the club’s priority to secure their place in the Absa Premiership for next season.

Matsatsantsa are hovering dangerously just a point above the relegation zone and Tembo will rest key players with a crunch league clash against Free State Stars next week.

That means another chance for exciting talent of Luke le Roux and winger Jamie Webber‚ who have both settled in well since their arrivals at the club‚ in the case of Le Roux back from loan‚ in January.

“They are adapting very well‚ Luke has played in all our games in Africa and done well. Jamie has also played‚ and has played some of the league games as well‚” Tembo said.

“I have been really impressed with them because very few Cape Townians come to Jo’burg [Gauteng] at that age and cope.

"They have got a bright future at the club and going forward I think they will do well.”