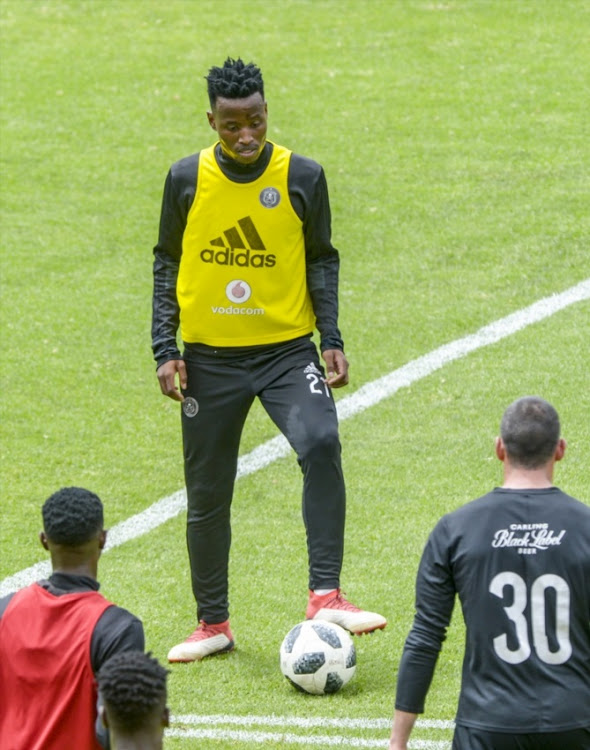 Having coached him during his rookie 2009/10 Premiership season at AmaZulu, Neil Tovey feels out-of-favour Orlando Pirates midfielder Thamsanqa Sangweni can still work his way into the Buccaneers' starting line-up.

Since joining Pirates from Chippa United before the start of this season, Sangweni (28) has failed to live up to expectations at the Soweto giants, making only three appearances for the title-challenging Pirates.

His failure to break into match day squad under coach Milutin Sredojevic has since triggered rumours that the Empangeni, north of KZN-born midfielder will leave the club at the end of the season.

But Tovey believes Sangweni has the quality to succeed at Pirates, challenging his former charge to work even harder at training and to remain focused.

“Thami is a talented player… no doubts about that.  He has to work even harder to get into the first team. He must remain focused and committed.  I cannot say he has failed at Pirates because he just joined at the start of the season,’’ Tovey said.

Eymael gives his boys pat on the back

Luc Eymael admits that if Ea Lla Koto were to cement their place in the top five they have to improve in the final third.
Sport
4 years ago

“He is one of the best midfielders in the country who has potential but the most important thing is how he works at training. I think he can achieve great things at Pirates but it is up to him to step up to the plate,’’ added Tovey who is now working as Safa’s technical director.

Sredojevic has been opting for Musa Nyatama and Xola Mlambo as his midfield pairing. With the Sea Robbers currently in good form in their run-in for the league title, Sangweni is unlikely to break into the first team, at least not this term.